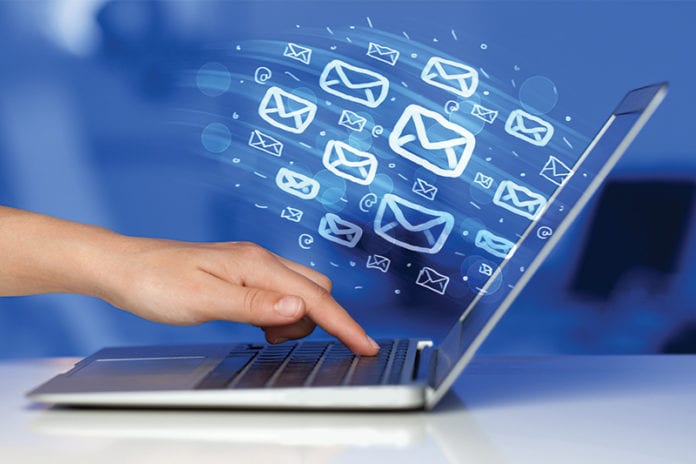 As people are staying healthier longer, many workers are choosing to remain in the workplace well into their 50s, 60s and 70s. What does this mean? That more and more, seasoned workers are working alongside fresh-faced college grads. This is equally true in our field, where each year tens of thousands of new nurses join seasoned nurses who have been in their careers for decades.

With this generational gap among health care workers widening, there’s a lot of potential for miscommunication or differing perspectives. Though you may absolutely deny that you have any preconceived notions about certain people, let’s face it — stereotypes are a reality in our culture whether we like it or not.

To ease relations between older and younger nurses, here are six things never to say to an older coworker and six things to never say to a younger coworker. Some of these may seem obvious, but you’ll be surprised to hear how many people have actually been asked these types of questions. So whatever you do, don’t say these 12 things!

To an Older Coworker: “Do you know how to use email?”

Older nurses always get a bad rap for not being able to learn new tasks or technology, yet there’s really no evidence that says older people are less likely to be able to learn new tricks than they are at any other time in their lives.

This question, along with any question that challenges the prospective technological competence of an older worker, should be avoided in the workplace. Email has been around since the ‘80s, and research also shows that older workers have been using computers (or some form of them) for the past 20 years.

To an Older Coworker: “I didn’t know you were so old!”

This comment might come from an initially innocuous and complimentary thought, as in, there’s no way that person is that old — she looks so young! But saying this out loud or expressing shock at an older nurse’s age might turn out to be extremely offensive to them.

Before gasping or widening your eyes, put yourself in your coworker’s shoes and think about the intent of your statement. If you’re just trying to say your older coworker looks good for her age, just say so. “You look great for your age!” will be taken far more graciously than “I didn’t know you were so old!”

To an Older Coworker: “So are you planning to retire soon?”

Just because a coworker has gray hair doesn’t mean they’re going into retirement tomorrow. In fact, many nursing professionals enjoy working well past the age of 60 because their work gives them a sense of purpose.

A nursing career can be truly rewarding, helping you feel like you’ve accomplished something or made a difference in a patient’s life.

Another big consideration to keep in mind is the current dire economic conditions for older workers. Your older coworker may not have sufficient retirement funds saved up to allow them to retire, which would turn this into a very awkward conversation. To stay on the safe side, just steer clear of the topic.

To an Older Coworker: “My grandpa gave me that same advice.”

Your older coworker is not your grandpa. In fact, he might not even have grandchildren, which would make this comment especially irritating and offensive.

Think of the connotations of grandparents. In popular culture, they’re mostly depicted as old-school, not as physically capable and suffering from some sort of dementia. This comment implies that your coworker’s advice will always be outdated and out of touch with reality.

Older nurses are usually sensitive to age as a topic in general, so skip the grandparent talk altogether. If your coworker gives you advice you’ve heard before, just say “I’ve heard that advice before!” Just don’t specify that your grandpa gave it to you.

To an Older Coworker: “You’re going back to school?”

Contrary to popular belief, higher education isn’t just for twenty-something-year-olds. With the economy in decline, more and more older health care workers are choosing to go back to school to get a competitive advantage.

Getting nursing certifications, completing continuing education units and finishing up bachelor’s or master’s degrees can set a candidate apart amidst a large pool of job applicants. And in this competitive job market, standing out is more important than ever.

So it’s not that crazy that your older coworker is going back to nursing school. In fact, it’s actually a really smart decision. If you want to, you could even compliment them for having the great idea and initiative, and strike up a conversation about what they plan to do after they go back.

To an Older Coworker: “There were some last-minute changes. Will that be too much to handle?”

People generally stereotype older health care workers as less adaptable and more resistant to change. They say that since older nurses have seen more initiatives fail in the workplace, they’re more likely to question change, but this isn’t necessarily true.

Older workers can adapt well to change as long as they understand the reasons for it, which, of course, can be said about any worker at any age. Don’t be condescending and question an older worker’s ability to be flexible. Age has very little to do with it.

To a Younger Coworker: “Are you the new intern?”

Just because a newer coworker is younger doesn’t necessarily mean he’s the new intern. You were once a younger coworker too. Remember how intimidated you felt by all the experienced health care professionals in your first week?

Being condescending only makes younger employees feel like their professional contributions aren’t valued, which drastically reduces productivity. So for the sake of smoothly running company operations, be nice!

To a Younger Coworker: “You sound just like my son/daughter.”

This comment might seem harmless, but think about what you’re saying. Your coworker is not your son or daughter, and comparing a full grown Gen-Y or Millennial coworker to your child at home can be insulting.

To a Younger Coworker: “How old are you?”

This question is a big “no-no” according to any company’s HR policy, regardless if it’s being asked to a younger or older coworker. Your coworkers’ age, along with their race, creed, and sexual preference, is none of your business.

The added emphasis on “are” makes the question extremely condescending, and asking this question to a younger coworker sends the message that you think he is inexperienced or shouldn’t be at the company. So skip the age talk altogether.

To a Younger Coworker: “Considering this is your first job, you probably wouldn’t understand.”

This statement is dangerous in that it assumes the following two things: 1) That this is your younger coworker’s first job and 2) That your coworker would thus probably not understand.

This is certainly one of the worst things you can say to a coworker because there’s no way this could be construed as a harmless comment. It’s an attack, presumptuous, and just downright rude.

Don’t assume this is your coworker’s first job just because she is young. Lots of younger nurses get valuable, hands-on experience via internships and volunteer work. And never assume of any coworker that she wouldn’t understand. It’s a surefire way to make instant enemies in the workplace.

To a Younger Coworker: “When I was your age…”

Your younger coworker probably gets enough of this phrase from his parents, so do him a favor, and avoid bringing it up in the workplace. It’s understandable that you want to help your younger counterparts out, but this is the wrong way to go about it.

Instead of ever starting a sentence with this phrase, engage yourself in a more fruitful conversation if you’re trying to give advice. Ask your coworker questions and show interest, and only give advice if he asks for it. You can tell him how you “went about things” while you moved up the ranks, but avoid this phrase the best you can.

To a Younger Coworker: “The real world doesn’t work like that.”

Gen-Y workers have the bad rep of acting entitled and spoiled all while having a bad work ethic, but you can’t assume that all younger workers are this way. There are hardworking younger workers out there, and the ones you’re working with must have stronger work ethics than most (I mean, they got the job, didn’t they?)

It’s true — younger workers may not know as much as you, but they probably know just as much as you did when you were their age. So don’t tell your younger coworkers what the “real world” is about. It’s condescending and implies they don’t know any better, which they very well could.

Above all, keep your mind open to what younger coworkers might be able to teach you — they might just have a trick or two up their scrub sleeves!

Soooo…did you see yourself in the above article? Have you dealt with a similar situation or, horrors, said (or heard) something even worse? Tell your tale below!!