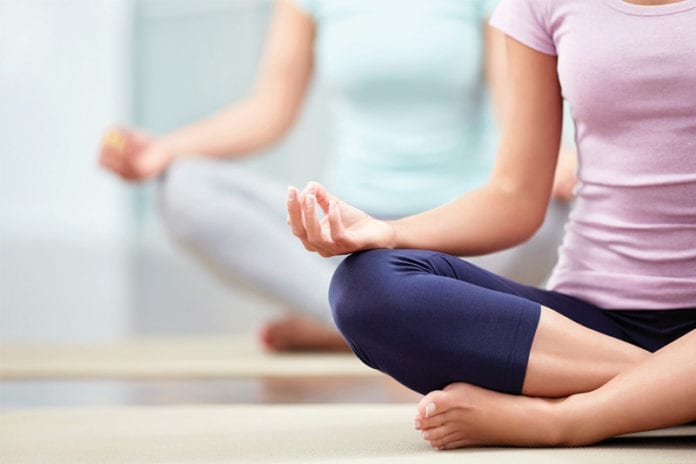 Practicing brief sessions of Hatha yoga and mindfulness meditation can significantly improve brain function and energy levels, according to a new study.

The study from the University of Waterloo found that practicing just 25 minutes of Hatha yoga or mindfulness meditation per day can boost the brain's executive functions, cognitive abilities linked to goal-directed behavior and the ability to control knee-jerk emotional responses, habitual thinking patterns and actions.

"Hatha yoga and mindfulness meditation both focus the brain's conscious processing power on a limited number of targets like breathing and posing, and also reduce processing of nonessential information," said Peter Hall, associate professor in the School of Public Health & Health Systems. "These two functions might have some positive carryover effect in the near- term following the session, such that people are able to focusmore easily on what they choose to attend to in everyday life."

"This finding suggests that there may be something special about meditation-- as opposed to the physical posing-- that carries a lot of the cognitive benefits of yoga," said Kimberley Luu, lead author on the paper.

The study also found that mindfulness meditation and Hatha yoga were both effective for improving energy levels, but Hatha yoga had significantly more powerful effects than meditation alone.

"There are a number of theories about why physical exercises like yoga improve energy levels and cognitive test performance," said Luu. "These include the release of endorphins, increased blood flow to the brain, and reduced focus on ruminative thoughts. Though ultimately, it is still an open question."

Hatha yoga is one of the most common styles of yoga practiced in Western countries.

"Although the meditative aspect might be even more important than the physical posing for improving executive functions, there are additional benefits to Hatha yoga including improvements in flexibility and strength," said Hall.  "These benefits may make Hatha yoga superior to meditation alone, in terms of overall health benefits."

Top 10 Nurse Myths That Need To Go Away!

I recently was doing a little research for school when I realized there are some common and popular nurse/nursing myths out there. It seems...
Read more
Career

No matter where we work, no matter what shift we work and no matter how long we’ve been doing this job, there are just...
Read more
Other

The Three E’s Of The Nurse Commitment

Deciding to become a nurse is more than a career decision, it’s a decision about the way you’re going to approach life in general....
Read more