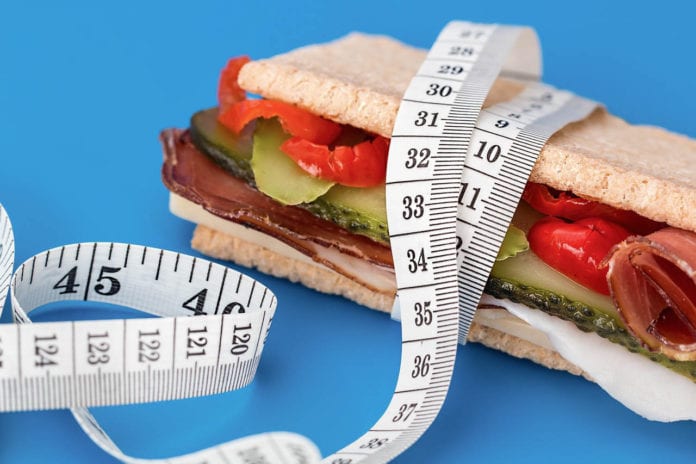 In a recent study, restricting dietary fat led to body fat loss at a rate 68 percent higher than cutting the same number of carbohydrate calories when adults with obesity ate strictly controlled diets.  Carb restriction lowered production of the fat-regulating hormone insulin and increased fat burning as expected, whereas fat restriction had no observed changes in insulin production or fat burning. The research was conducted at the National Institute of Diabetes and Digestive and Kidney Diseases (NIDDK), part of the National Institutes of Health. Results were published August 13 in Cell Metabolism.

“Compared to the reduced-fat diet, the reduced-carb diet was particularly effective at lowering insulin secretion and increasing fat burning, resulting in significant body fat loss,” said Kevin Hall, Ph.D., NIDDK senior investigator and lead study author. “But interestingly, study participants lost even more body fat during the fat-restricted diet, as it resulted in a greater imbalance between the fat eaten and fat burned. These findings counter the theory that body fat loss necessarily requires decreasing insulin, thereby increasing the release of stored fat from fat tissue and increasing the amount of fat burned by the body.”

The researchers studied 19 non-diabetic men and women with obesity in the Metabolic Clinical Research Unit at the NIH Clinical Center in Bethesda, Maryland. Participants stayed in the unit 24 hours per day for two extended visits, eating the same food and doing the same activities. For the first five days of each visit they ate a baseline balanced diet. Then for six days, they were fed diets containing 30 percent fewer calories, achieved by cutting either only total carbs or total fat from the baseline diet, while eating the same amount of protein. They switched diets during the second visit.

The researchers had previously simulated the study with a math model of human metabolism, whose body fat predictions matched the data later collected in the study. When simulating what might happen over longer periods, the model predicted relatively small differences in body fat loss with widely varying ratios of carbs to fat. Those results suggest the body may eventually minimize differences in body fat loss when diets have the same number of calories. More research is needed to assess the physiological effects of fat and carb reduction in the long term.

“This NIH study provides invaluable evidence on how different types of calories affect metabolism and body composition,” said NIDDK Director Griffin P. Rodgers, M.D.  “The more we learn about the complicated topic of weight loss, the better we can find ways to help people manage their health.”

More than two-thirds of American adults are overweight or obese. Maintaining a healthy weight can help prevent complications related to overweight and obesity such as heart disease, type 2 diabetes and certain types of cancer, some of the leading causes of preventable death.

“Our data tell us that when it comes to body fat loss, not all diet calories are exactly equal,” Hall said. “But the real world is more complicated than a research lab, and if you have obesity and want to lose weight, it may be more important to consider which type of diet you’ll be most likely to stick to over time.”