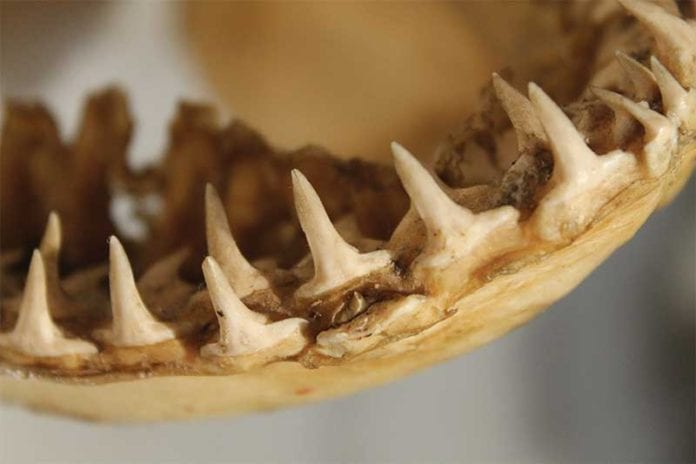 Did you hear the one about the trauma nurse and the shark? No, seriously. This actually happened off the coast of Oregon. A shark attacked a man surfing, but the victim, a trauma nurse, reportedly was able to direct his own first aid.

The animal bit 29-year-old Joseph Tanner on his upper and lower thigh, investigators said. Tanner had been surfing along Indian Beach at Ecola State Park at around 4 p.m. when the attack unfolded.

He told emergency personnel that the shark was “medium-big” and thought it could’ve been a great white shark but said he wasn’t sure, according to KGW-TV. The shark pulled him off of his surfboard but he fought back, hitting the animal repeatedly until it released him from its jaws. He was able to get back on his surfboard and make his way to shore, all the while yelling 'shark' and warning other surfers to get out of the water.

Here's where his trauma nurse super powers really took over. Once he made it safely back to shore, he assessed his injuries and calmly explained to the other surfers how to tie a tourniquet using his surfboard leash. According to a witness, "He directed his own first aid, what needed to be done, he asked us a lot of questions, what we were seeing, if we saw spurting blood."

Using the surfboard as a stretcher, the surfer was carried to the parking lot where EMS arrived 15 minutes later to take him to a trauma one hospital in Portland. Tanner is listed in critical condition and is expected to make a full recovery, thanks in no small part to his trauma nurse experience. Thankfully in the battle of trauma nurse versus shark, the results are Nurse: 1, Shark: 0.

6 Obscure Nursing Jobs (That You Might Not Even Know Exist)!

There’s so much more to nursing than just daily life at a hospital. While most RNs start their career working in a hospital, nursing...
Read more
Health and Fitness

It’s a simple prescription really: You get up, go about your day or shift, go home, wind down and then go to sleep; repeat...
Read more
Career

Q&A: How Do I Cope With Workplace Drama?

Here’s a fact: If you’re an average nurse, you work for around one third of your life. And if you take on overtime or...
Read more