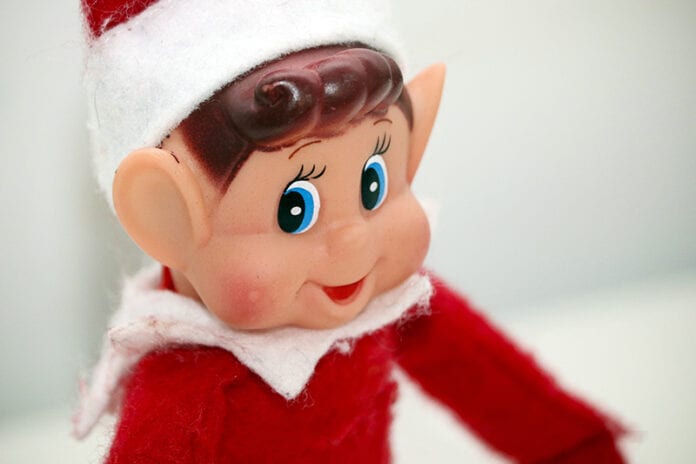 When a Florida hospital manager’s dog mauled her young daughter’s Elf on the Shelf, she called on her colleagues to save the day.

Jenn Thelen’s co-workers at the Arnold Palmer Hospital for Children in Orlando sprung into action on Monday morning to help save 7-year-old Aubrie’s injured toy, which the family’s German shepherd, Zoey, had attacked overnight.

In an adorable video that’s going viral, the emergency room staff wheeled Kris Kringle’s tiny spy into the trauma bay on a gurney:

Magical elf on the Shelf Surgery

Jenn Thelen woke up to the sound of her 7-year-old daughter, Aubrie, screaming. Their German Shephard, Zoey, had attacked the family’s Elf on the Shelf, Sam. Jenn is the nurse manager for the emergency department at Arnold Palmer Hospital for Children. She told her daughter not to worry because we have the best medical team and they had “special doctors” that could fix her elf’s injuries.

“OK, let’s see what we can do,” said one of the team, dressed in full surgical gear. Another worker listed the injuries the elf named Sam had sustained.

They then painstakingly reattached its arm, before sprinkling glitter over his body in a bid to bring him back to full elf. Sam was discharged later that day.

Thelen, who is the hospital ER’s nurse manager, said Aubrie burst into tears after finding her beloved elf missing an arm on Monday.

But after seeing the videos and photographs of Sam’s surgery, the youngster was thrilled to welcome him home. “My kids know that our medical team does amazing things,” Thelen told Babble.

“We always talk about Christmas magic with our kids. Aubrie is a very analytical kid, so she wants to know details about everything,” she added. “So, we explained that Christmas magic is a way that Santa and the elves are able to do things that maybe normally wouldn’t make sense.”

According to the hospital, the team used “expired medical products” for the spoof surgery.

“Aubrie knew that the elf could not be touched but Jenn told her that the ‘magic gloves’ would allow the team to work on Sam,” it added, since legend says the Elf on the Shelf can lose his magic if touched by humans. “Sam is now back on his shelf and mom will definitely make sure that he is out of Zoey’s reach.”

The team that eats together, works better together, according to a new Cornell University study. In research that could have implications for organizations looking...
Read more
Other