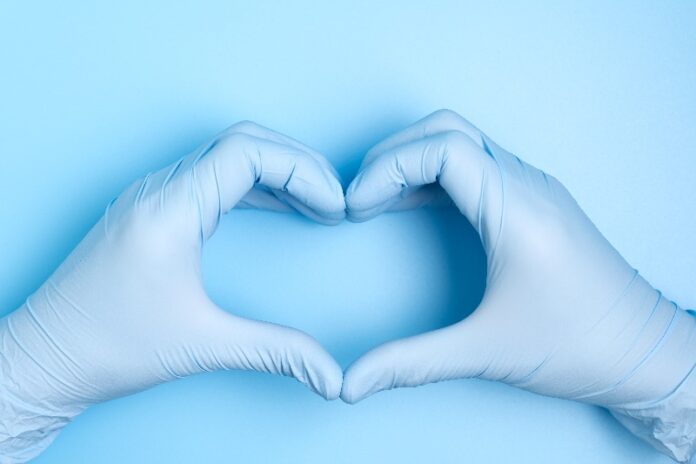 Brazil has become the new epicenter of the COVID-19 crisis. President Jair Bolsonaro has been criticized for not taking the pandemic seriously, and now a new variant known as P1 is bringing the country to a standstill. Nurses and frontline workers are feeling the heat as ICUs fill up and PPE becomes scarce.

The largest country in South America is just behind the U.S. when it comes to COVID-19 deaths, with over 353,000 so far. Brazil reported just over 1,800 deaths on Sunday alone, a troubling sign that the pandemic is picking up steam there. It also recently became the third country on record to report more than 4,000 deaths in just 24 hours. Over 13 million Brazilians have been infected thus far.

The authorities are working around the clock to bury the dead in mass grave sites, while nurses deal with overcrowded wards and increasingly unsafe working conditions. Virologist and researcher Humberto Debat, from the National Institute of Agricultural Technology, says, “We’re very concerned. The staggering amount of deaths in Brazil in just a few months is our biggest worry.”

As the country continues to fight what seems to be an uphill battle right now, one nurse is doing her best in an unusual way to comfort her patients. Here’s a hint: she’s not using her real hand. 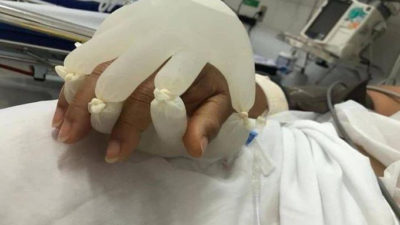 Nurse Semei Araújo Cunha, who works in the city of São Carlos, has seen the fallout firsthand during her time on the floor. With tens of thousands of Brazilians clamoring for care, she’s had to be careful in terms of how and when she interacts with her patients.

She came up with the idea to touch her patients with a fake hand when her hospital started filling up with seriously ill COVID-19 patients. She uses rubber gloves filled with warm water to resemble human touch.

“For the sake of affection, comfort and care for the patient, it is not enough to be professional, you have to be empathetic,” she said to a local news outlet in Portuguese.

With PPE in short supply and many patients waiting to be admitted to local hospitals, it was the best way for her to reach out when they were feeling helpless.

“We decided to do it as a form of affection, cuddling, humanisation,” Cunha added, “as if someone was taking her hand.”

One of her colleagues, Nissim Mannathukkare, shared a photo of her fake hands on Twitter, writing, “‘The hand of God’ — nurses trying to comfort isolated patients in a Brazilian Covid isolation ward. Two disposable gloves tied, full of hot water, simulating impossible human contact. Salute to the front liners and a stark reminder of the grim situation our world is in!” and the post quickly went viral.

Nurses and survivors of COVID-19 were quick to chime in online. Many of them showered praise and gratitude on Cunha, while others were in shock.

“Probably one of the most powerful images I’ve seen since this pandemic started,” wrote one commentor.

“Nurses are MacGuyvers of the Human Soul,” wrote another.

“Well, that’s the saddest photo I’ve ever seen,” someone else wrote.

We salute Semei Araújo Cunha for her resourcefulness on the floor.

“The Healing Power of Kindness” – Did you read it?

Kindness can go a long way no matter what your job is, but when you work day-to-day with people dealing with the stressful issue...
Read more
Insights

Then and Now: How Prescription Drug Prices Fall Significantly Over Time

Prescription drug prices fall significantly over time because the marketplace is unlike any other part of the U.S. health care system. Innovator companies invest...
Read more
Other

Which Would You Choose?