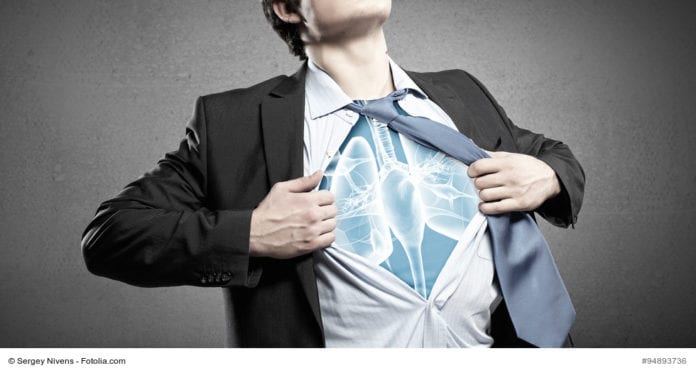 Take this tour of medicine's future with some of the trailblazers charting its course. Once you've seen a transplantable human kidney created from a 3D printer, almost anything is imaginable.  After you've checked out a few of our favorite future of medicine TED Talks, don't forget to share your thoughts in the comments section below.

A test for Parkinson's with a phone call

Parkinson’s disease affects 6.3 million people worldwide, causing weakness and tremors, but there's no objective way to detect it early on. Yet. Applied mathematician and TED Fellow Max Little is testing a simple, cheap tool that in trials is able to detect Parkinson's with 99 percent accuracy — in a 30-second phone call.

Could we cure HIV with lasers?

Swallowing pills to get medication is a quick, painless and often not entirely effective way of treating disease. A potentially better way? Lasers. In this passionate talk, TED Fellow Patience Mthunzi explains her idea to use lasers to deliver drugs directly to cells infected with HIV. It's early days yet, but could a cure be on the horizon?

Surgeons are taught from textbooks which conveniently color-code the types of tissues, but that's not what it looks like in real life — until now. At TEDMED Quyen Nguyen demonstrates how a molecular marker can make tumors light up in neon green, showing surgeons exactly where to cut.

Soon we'll cure diseases with a cell, not a pill

Current medical treatment boils down to six words: Have disease, take pill, kill something. But physician Siddhartha Mukherjee points to a future of medicine that will transform the way we heal.

On the virtual dissection table

Onstage at TED2012, Jack Choi demonstrates a powerful tool for training medical students: a stretcher-sized multi-touch screen of the human body that lets you explore, dissect and understand the body's parts and systems.

A test that finds 3x more breast tumors, and why it's not available to you

Working with a team of physicists, Dr. Deborah Rhodes developed a new tool for tumor detection that's 3 times as effective as traditional mammograms for women with dense breast tissue. The life-saving implications are stunning. So why haven't we heard of it? Rhodes shares the story behind the tool's creation, and the web of politics and economics that keep it from mainstream use.

Imagine having a surgery with no knives involved. At TEDMED, Yoav Medan shares a technique that uses MRI to find trouble spots and focused ultrasound to treat such issues as brain lesions, uterine fibroids and several kinds of cancerous growths.

Medicine's future? There's an app for that

Daniel Kraft offers a fast-paced look at the next few years of innovations in medicine, powered by new tools, tests and apps that bring diagnostic information right to the patient's bedside.

One hundred sixty years after the invention of the needle and syringe, we’re still using them to deliver vaccines; it’s time to evolve. Biomedical engineer Mark Kendall demos the Nanopatch, a one-centimeter-by-one-centimeter square vaccine that can be applied painlessly to the skin. He shows how this tiny piece of silicon can overcome four major shortcomings of the modern needle and syringe, at a fraction of the cost.

Synthetic voices, as unique as fingerprints

Many of those with severe speech disorders use a computerized device to communicate. Yet they choose between only a few voice options. That's why Stephen Hawking has an American accent, and why many people end up with the same voice, often to incongruous effect. Speech scientist Rupal Patel wanted to do something about this, and in this wonderful talk she shares her work to engineer unique voices for the voiceless.

Believe it or not, about 20 years' worth of potentially life-saving drugs are sitting in labs right now, untested. Why? Because they can't get the funding to go to trials; the financial risk is too high. Roger Stein is a finance guy, and he thinks deeply about mitigating risk. He and some colleagues at MIT came up with a promising new financial model that could move hundreds of drugs into the testing pipeline. (Filmed at TED@StateStreet.)