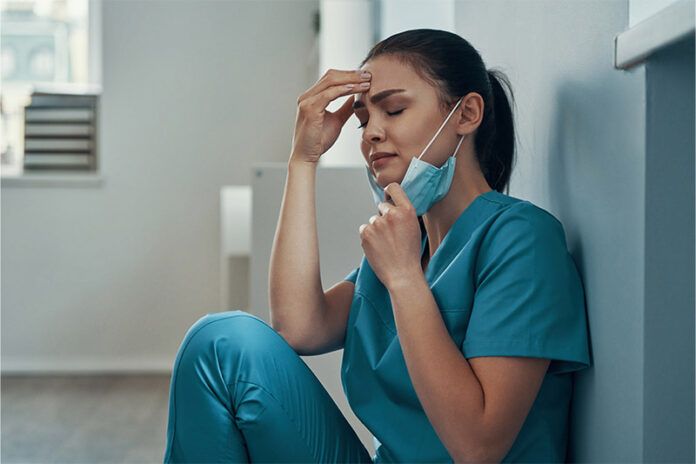 Have you ever charted on the wrong patient? Hung a drug that had the wrong name on it, even though it was the drug that you wanted? Double-dosed a patient because you got busy?

Yeah, I thought so. I have, too. Nurses make mistakes every day; thankfully, most of those mistakes aren’t things that are going to hurt our patients.

We can learn from our mistakes and ultimately help our fellow nurses by sharing them.

Check out below and see if you can relate. Don’t forget to share in the comments section below and see what other nurses have posted.

Share a mistake you’ve made and how you handled the situation:

I had a patient once that wasn't getting good pain control after a spine surgery. She was on a PCA. On that unit, the charge nurse was the one that called the Dr. I asked her to call several times and she refused, calling the patient a drug seeker. Eventually, I had to go over her head and make the call. Doc was glad I called. It turned out that the PCA had the wrong concentration of medication and it was a pharmacy error. The director of the unit thanked me and chastised the charge nurse. I like that story because it shows that even though I had to go above the charge, it was for the patient's best interest. —Barb G.

Prior to scanning meds, I hung what I thought was an antibiotic that would infuse over 30min but instead it was a med that was to infuse over many hours.  Realized my mistake as the bag was half empty 15 min later.  It was the worst day of my career. I thought I killed him.  I stopped the infusion, checked the patient, immediately called the physician and told him what happened through sobs.  I could barely breathe and got almost instant diarrhea. Filled out an incident report, notified charge and called my boss.  The doctor adjusted orders for the med I mistakenly gave and assured me the patient would be ok. My boss was absolutely great.  I was sobbing so much I could barely talk.  As long as you report your mistake and take care of the patient nothing should happen to you.  It’s when you cover up something and they find out is where your job and license comes in jeopardy.  This mistake was 20years ago and still makes me shudder but taught me a huge lesson. Check check check no matter how tired! —Penny T.

Acknowledge error. Do what needs to be done immediately to mitigate the error. Phone doctor, family, manager. Complete event report. Consider cause and prevention of similar errors in the future. Do not blame others. —Mandy B.

While getting ready to draw an injection, I noticed an incorrect pediatric dosage placed by the clinician. I always do the 5 med check routine and this is how I prevent errors from occurring. I notified the Clinician and she changed the order. I then was able to administer the appropriate dose of medication. —Josie N.

Assessment of the patient and monitoring for any adverse reactions and reporting the error is the best way to handle he situation…along with always having the error and how it was made in your mind…nothing makes you learn more than errors. —Tam G.

The best thing is owning it when you make a mistake we are only human but trying to cover it up you can expect the worst out come. —Patty J.

I have a pretty serious one. I had a lady who was actively dying, she got scheduled oxy 5mg and oxy 2.5mg PRN. I gave her the scheduled dose and the PRN shortly after. Our pills come in blister packs, and pharmacy ALWAYS sends oxy 5mg in halves to equal 2.5mg when that’s their dose. All I had was half tabs, I gave 2 for her scheduled dose and 1 for her PRN. After, I realized that the half tabs were actually 5mg, they were half of a 10mg. I immediately panicked, checked her, she was fine, vitals were good. She actually for the first time that evening was asleep and peaceful. (She was dying but still.) I called my DON, she instructed me to call the on call physician. He just instructed to hold the next scheduled dose and monitor her. Did a med error report. They actually ended up labeling it a pharmacy error because of the packaging and the label being unclear of the dose. The lady lived. But I cried A LOT. —Elisa L.

I had been at my current job for 2 years. Every day, I gave the same woman phenobarbital.  I came in one night and, when I was counting, I was thinking, that seems like it was the same amount as yesterday. Sure enough, I look at the paper and see that I never gave it to her. Count was correct. I think that I was getting ready to give it, got called by someone for help, and never gave(this was before computers). So, I notified the supervisor who notified the MD. I grabbed a med error form and filled it out. It happens. I think, for an interview, they more want to see what you would do more than the fact that you had an error. I don't know a single nurse that has not had an error. We are not perfect. —Charley W.

Have you made a mistake? Share in the comments section below.

What Do You Think? –Are We Working Nurses To Death?

Did that question grab your attention? It sure did mine as I was scrolling Facebook and came across a nurse friend's shared post. The...
Read more
Health and Fitness

Fiber : It’s Not Only Good For Your Colon

Are you interested in losing weight, or simply eating a more healthy diet? The first thing you can do is increase your fiber intake....
Read more
Career

15 CRAZY Minutes In My Workday. How Does Yours Compare?

The other day, I had one of “those” shifts. I’ve mentioned before that I’m married to a nurse; this was one of those days...
Read more