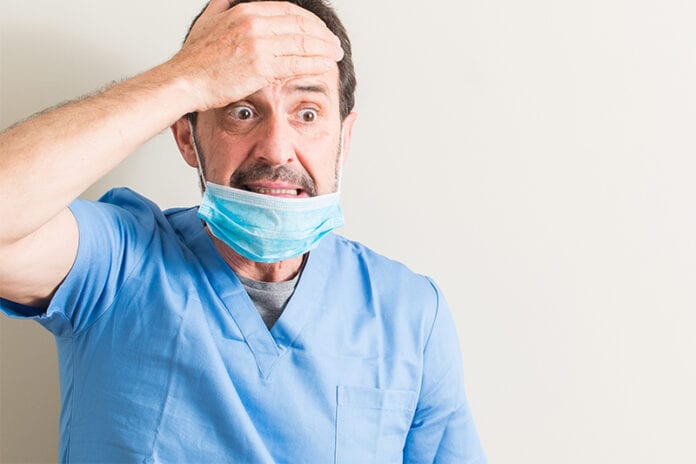 Ah, Thanksgiving. A time for family, for friends, for gratitude and for really, really questionable injuries.

Of course, any nurse who’s been roped into a Thanksgiving shift is well-acquainted with the annual return of the Turkey Day surge, a phenomenon quite like the full moon shift, but with a lot more kitchen cutlery.

Since a nurse can’t always respond to a medical emergency the way he or she might really like to, we thought we’d relieve some of the tension by doing just that—starting with the eight all-too-plausible scenarios below.

…after waiting in line for a Black Friday sale at Best Buy.

When a husband is admitted to the ER after exhibiting severe drowsiness and unusual behavior. Found to have ingested powerful sedatives…

When a patient sustains severe burns to the face and neck after attempting to glaze a ham.

Admits to having substituted alcohol, a match and a massive exhale for a culinary-uses-approved blowtorch.

Middle-aged male patient is admitted to the ER after having suffered a minor head injury.

Patient explains that the injury was sustained during a game of family football in which all the men compete—using a frozen turkey.

Patient arrives at the ER with multiple fractures caused by a fall. The fall occurred while attempting to decorate the exterior of the home with holiday lights.

Not having a tall enough ladder, the patient had duct-taped two shorter ladders together for a greater vertical reach.

Eventually confesses to having attended Thanksgiving at his girlfriend’s home…

…whose cousin is also his girlfriend.

Patient arrives in early afternoon after unexpectedly losing consciousness; no prior health issues.

As it turns out, patient has been fasting for several days so as to make more room for Thanksgiving seconds.

Patient arrives complaining of severe stomach pain. Symptoms found to be a result of overeating.

Patient wants to know if it’s still possible to receive a dinner tray prior to release.

Nurses, what’s the strangest medical emergency you’ve ever encountered during the holidays? Share your story with us in the comments section below!

Patient came to ED with a stab wound to his hand when asked how it happened he said, “I was trying to get the last turkey leg and I didn’t ask.”

Freezing weather, get an ambulance call that they were bringing in man who was running around outside “starkers”. He was a bit blue when arriving in the ER. Got him in a private room, warm blankets, limb restraints, etc. Young nurse tried to insert a foley, but couldn’t get it in. My partner (male nurse) volunteered to insert it. A few minutes later, he came from the room, and started laughing. Seems the patient had hypospadias! Who knew!?!