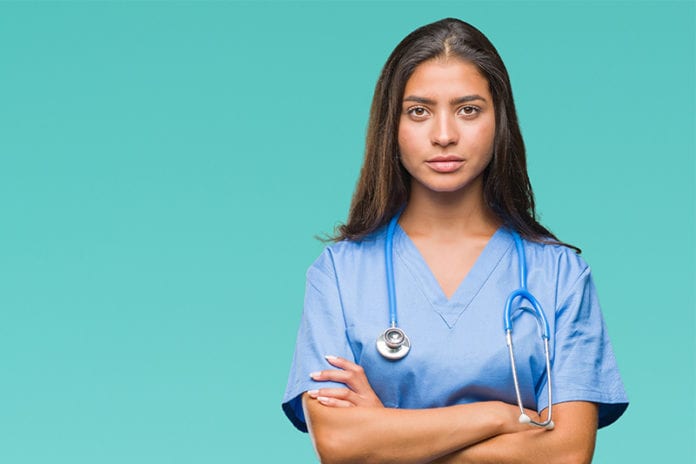 Every nurse faces career challenges. Sometimes they’re small, like whether to buy a particular brand of shoe that absolutely everybody in the ICU is wearing this season. Sometimes they’re larger, like how to get along with difficult coworkers. Here’s my take on three of the biggest challenges nurses face.

Challenge One: Not Being Grumpy at the Start of the Shift

Ironically, I was just spoken to about being grumpy in the morning. Those who know me reacted to this news with surprise and disbelief: I’m one of those irritating folks who gets dressed by chirping bluebirds and adorable chipmunks every day and who arrives early to work, wreathed in smiles. Things have been tough lately, though. A friend of mine gave me the best advice for this situation, referring back (again) to Disney: If you can’t say something nice, don’t say anything at all.

The benefits here are obvious. If you keep it to yourself when you’re a troll, people will eventually learn not to speak to you for the first three hours of your shift. Sometimes they’ll even bring you coffee as a friendly gesture. And you won’t get called in for a meeting with your manager, who backs into a corner, holding a chair, a cross and a smoking censer full of incense.

Challenge Two: People Who Are Just Too Darn Stoopid

The temptation to strangle people who just don’t get it is huge, especially when you’re trapped in a hospital with them for 12 or more hours, several days a week. Try to resist that temptation, though: Not only are you likely to lose your license, but they’ll probably be resuscitated and will return to plague you.

Instead, use your personal bête noire as an opportunity to practice your communication skills and conflict-resolution ideas. Approach them as though they’re an exercise in a nursing textbook rather than a real person, and watch your stress levels drop! Eventually you’ll look forward to dealing with them, because figuring out what the proper NCLEX response to their silliness is will be an amusing hobby.

Challenge Three: Having a Life Outside of Work

This is particularly tough for new nurses, as nursing tends to eat up your personality at first. After a few years it evens out, but in the beginning, everything you do is nursing-related. You’re aware of doing eyeball assessments on the other folks at the grocery store, and you’re actually eager to help the guy who has passed out at the music festival.

I say this all the time to new and experienced nurses, but: It’s important to remember what you did before nursing school, and to explore new things to do that don’t have a connection with IV bags and blood. If your high school passion was basketball, use part of your paycheck to go to a couple of games. If you liked LARPing and Ren Faires before textbooks ate your brain, dust off your armor or empire-waisted gowns and have a go at the local jousting matches. Even reading fiction (something that has nothing to do with medicine, nursing or pathology) can help you rediscover parts of yourself that you thought were long buried under quick reference guides and sore feet.

What do you think? Share your challenges and tips to overcome them in the comments section below.

LIfe is all about balance every day…. good advise, given in a humorous and delightful manner.