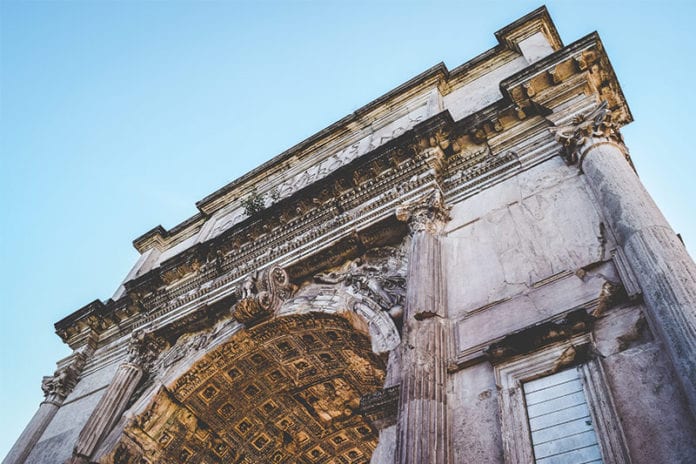 May 12th is Florence Nightingale’s birthday and also the final day of National Nurses Week. We thought it would be fitting to create a post dedicated to Nightingale, who is known by many to be the founder of modern nursing. To keep things interesting, here are some of the little-known facts associated with Nightingale. Without further ado, the 10 things you (probably) didn’t know about Florence Nightingale:

Nightingale’s parents were both British, but she was actually born in Florence, Italy, which she was named after. Her family returned to England the year after her birth, where she had an upper-class upbringing. Interestingly, Nightingale’s older sister, Frances Parthenope, was also born outside of England and also named after the city of her birth.

Florence Nightingale was a polyglot, which means she mastered several different languages. She fluently spoke English, German, French, and Italian, and she also had an understanding of both classical Greek and Latin. At an early age, her father, who was a Cambridge graduate, supervised her education and sparked her early interest in language.

When Nightingale first told her parents about her interest in nursing, they were less than pleased. Of course, back in the early-to-mid 1800s, nursing wasn’t the respected profession it is today. Instead, it was seen as a low-paying job for women of low social status.

Often seen caring for wounded soldiers well into the night, Nightingale earned one of her most well-known nicknames, “The Lady with the Lamp,” when an article in the London Times covered her efforts in Crimea. After the details of Nightingale’s hard work hit the press, she became a popular figure throughout the United Kingdom.

Visit the next page to continue reading!

In 1859, Nightingale’s Notes on Nursing was published. Her book covered a variety of patient-care principles, and many nursing students read it to this day. In 1860, she founded The Nightingale Training School in London, a school where many of the finest nurses of the 19th century were trained. Today, it still exists as an academic school within King’s College London.

Linda Richards, who is widely regarded as America’s first trained nurse, attended Nightingale’s school in 1877. It’s said that Nightingale personally worked with Richards during her time there. When Richards returned to the United States, she played a major role in establishing nursing schools across the nation. After that, Richards traveled to East Asia where she helped to establish and supervise Japan’s first training school for nurses.

Most nurses know that one of the ways Florence Nightingale saved lives during the Crimean War was by making conditions more sanitary for patients. What many don’t know, however, is that she pushed for similar improvements outside of the hospital setting. Her efforts paid off when legislation forcing existing buildings to connect to main drainage passed as part of the Public Health Act of 1874.

To be a bit more specific, Florence Nightingale was the first woman ever to be made a member of the Order of Merit, which was established by King Edward VII in 1902. The Order of Merit aims to celebrate those who have achieved great things in the fields of science, education, literature, or art. It’s a very exclusive honor, with only 24 living members in the order at any given time. Obviously, Nightingale was very deserving of that honor.

Sadly, on August 13, 1910, Florence Nightingale passed away in her London home. An offer was extended for a national burial at Westminster Abbey, but Nightingale’s family declined. Instead, in accordance with her last wishes, Nightingale was buried in her family’s plot at St. Margaret’s Church, East Wellow, in Hampshire, England.

Do you know any other interesting facts about Florence Nightingale? If so, be sure to share them by posting a comment below!

The name of her famous nursing book which is in reprint :
Nursing: What it is what it is not
Very matter of fact title. She talked about ventilation and clean air
Cleaning area rugs in the hospitals.
One neat section. She tells nurses not to let someone tell a patient if they are doing
well, but to observe them!

During the time, it was believed the only qualification to being a nurse was to be a woman. After a romantic break up, women would go to her and talk of their heartache and how they weren’t good for marriage or anything else so they might as well become a nurse. Oh, to the contrary! As we all know, simply being female is not the only qualifier needed to be a nurse of excellence and she knew this and spoke to it! Love knowing she was such an advocate for the profession!

Actually, a contributing factor to Florence Nightingale’s illness and death was most likely brucellosis – contracted from contaminated meat or dairy products, probably in the Crimea. Brucellosis causes what used to termed “undulating fever” or what we today might call recurrent fever among it’s symptoms. Another little tidbit – Florence Nightingale kept a pet owl! The owlet fell from it’s nest in the Parthenon and was rescued by Florence. She hand raised it, taught it to bow and curtsey and carried it in the pocket of her apron. The owl’s body, stuffed, naturally, is on display at the Florence Nightingale… Read more »

The Guardian reported that she died at age 90 of Heart failure and old age.

I’m sorry, but Florence Nightingale did not die of syphilis. Just not true. She was quite a depressive who, especially in her later years spent weeks in bed. What isn’t mentioned here is that she was an innovative statistician who, through application of her skill to the field of health saved countless lives.

I’ve always been interested in Florence Nightingale’s life, but even moreso after I became a registered nurse. All the highlights above are wonderful, of course, but Florence was quite a scrapper in order to get what she wanted for her nurses and for the improvement of health care. In addition, she died from syphilis, which bespeaks some unsaintly behavior. She was human, after all, and it is rumored that she had many suitors but did not want to marry.