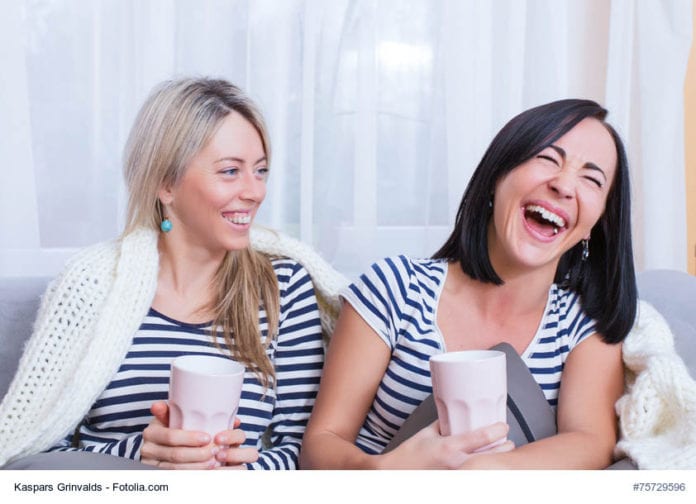 We’ve all had patients who have mixed up our instructions. Check out our Top 10 funniest miscommunications shared by healthcare professionals!

The ol’ yogurt for the yeast infection? Um, yeah…you were supposed to EAT it.

The father who calls from work about “the pink stuff” (amoxicillin). Isn’t it a little too thick to go through the nebulizer? Shouldn’t it be watered down?

The diabetic who was trained to administer insulin using an orange. When a nurse later discussed meds with the patient, the patient stated he was getting tired of oranges and wanted to know what other food he could inject and eat.

In the ER, a patient was asked, “Are you sexually active?” Response: “You mean I just lie there or what?”

A gentleman who was getting chemo had to have a 24-hour urine done with each cycle. He was given his “jug,” at which point he stated, “I just can’t do this again. I can’t stay up all night waiting to pee!”

The patient who repeated over the phone to various family members: “They’re putting a light up my privates to look at my heart.” She was talking about her heart ablation!

A patient who spoke poor English arrived in Labor and Delivery and said, “I’m here for my scheduled seduction”!!!

The patient who is in the bathroom a tad too long and finally comes out about 20 minutes later to hand you a cup of sperm. Be sure to specify what kind of specimen you want.

A patient returned to the ER because his fever wasn’t going down. When we asked about the suppository, he told us he didn’t know he was supposed to take it out of the foil wrapper.

One day while working I was asked to work on the 2nd floor. Around lunch time A gentlemen approached the nurses station and asked if we had any hookers on the floor and one nurse who was not aware that there was indeed a patient on the 1st floor stated no “all of my nurses all old hags and can’t even give it away” Can you imagine the embarrassment when I inform them that there was A Rev Hooker on the 1st floor and the visitor was a member of the same congregation and every day one member of Rev… Read more »

One morning, a patient called me in to ask for a different aid to be assigned to her. The aid on duty was as sweet and accomodating as you could imagine. Always smiling and friendly and I asked why the patient wanted to change…. The patient said “She is such a dirty girl. Every morning she comes into my room, squats down and peas on the floor.” It only took me a moment to realize that the aid was squatting down each morning to empty the patient’s foley catheter…………… 🙂

As a pedis nurse, we asked our patients what kind of surgery they were having. One boy told me he came into having his tonsils and paranoids taken out. I advised him not to tell anybody that because too many people would get in front of him wanting theirs out, too.

I am a Certified Diabetes Educator working with the Pediatric population. I was involving an 8 year old boy with questions regarding his everyday care and I asked him where he got his shots. He looked at me very intently and said “ usually in the bathroom but sometimes in the kitchen”. I honestly thought I would fall off the chair laughing, and realizedI had to be far more specific when dealing with my little people.

I was a conscientious young nurse. I spent a good 15 minutes explaining to a 20 something male patient the reason for a platelet transfusion. He was attentive but had a history of drug abuse abuse. I felt I covered all of the information on platelet transfusions and possible side effects I then asked if he had any questions. He then asked “plate lips? What’s a matter with my own lips?” …

Ummm…when I was a young teen, before modern antifungals, we were advised to douche with yogurt mixed into the water to alleviate yeast infections. Number 1 is not as funny as you might think.

I once had a nurse with a Filipino accent who was in care of a patient. As the floor supervisor the patient called me in to report that this nurse had called her “chickenshit”. When I questioned him about this matter, he reported no, no, I told her “she could sit” on the chair….. hilarious

My husband’s told the doctor he eats Animal Crackers for a snack. The endocrinologist seriously responded: What kind of animal?

Had a Hispanic male patient who tried to teach me a few words of Spanish. I practiced and practiced. Hours later when it was snack time, I proudly entered his room holding a tray with snacks. In front of his whole family, I asked him “Leche con Pero?” I was convinced I was offering him milk and cookies, when, in fact, his entire family busted up with giggles. They told me I really asked him if he wanted ” mikk with a dog!” Thank goodness they had a sense of humor!

I was having routine labwork done. The phlebotomist set the urine cup on the counter. She said to me ” I need you to pee in that cup”. I said “what? from here”?

In Corrections, some medications that can cause sedation are often held in the inmate’s mouth (“cheeking), then spit out later, to be traded or sold to other inmates. In an effort to prevent this, we may be required to crush these medications prior to administration. We were having quite a lot of trouble with inmates cheeking Wellbutrin, so our medical director, specified that it should also be crushed. As a manager, I posted a notice in the medication room, specifying that “all Wellbutrin has to be crushed.” The next morning, my energetic day shift nurse showed me how he had… Read more »

a Ultrasound technologist to a pregnant patient using her > 20 yr High School Spanish skills (not fluent). Points to her swollen abdomen and asks: Sandia ? Believing that she was asking if she was bleeding prior to her US exam, in which Sangre was the word she wanted to say. Sandia means WATERMELON. I can only imagine the look on the patient’s face.

I was standing near an elderly gentleman as a beautiful young nurse walked by him. He looked at her and then said —“damn, I can’t spread an eagle anymore!”

Great stories! Reminds me of the time when I was a young nurse working in long term care and was attempting to check an elderly gentleman’s ears with an otoscope for ear wax impaction. I asked him if I could check his ear. He firmly replied no you can’t check my rear. I tried speaking up and showing him the otoscope but he kept insisting I couldn’t check his rear.

I was discharging an elderly woman who had been seen in the ED for dyspepsia and given a GI cocktail. She said, “honey, you sure are sweet, but you make terrible milk shakes”.

I once had a patient with a thick accent ask for a Roman Cock. I couldn’t understand why she would ask me for that. Come to find out she was asking for Rum & Coke🤪

Working in a hospital one day an attending endocrinologist came to do rounds. After reviewing his patient’s chart he became upset and inquired as to the name of the resident doctor who came to the floor and wrote an order to D/C the meds that the endo had previously ordered. I replied “that was Mistry”. Thinking I said mystery, he replied “you mean you don’t know who he is either????” 🤣🤣🤣🤣

Once I was explaining discharge instructions to a new Mom and Dad which had included, no sex for six to eight weeks. The Dad looked aghast and said, “no sex for dirty eight weeks?!” I re-explained and we all had a chuckle.

Once while working at the VA Hospital one of my patients seemed confused. When I asked him who the President of the United States was” He replied Walter Cronkite”.

Here is a little laugh that we had just the other day. Had an elderly patient come in with some gingivitis that she was having difficulty getting under control. To help, we Rx’d some chlorohexadine mouth rinse with instructions to rinse 2x daily. It is supplied in a tall brown bottle. She returned a few days later, asking us to help her open the bottle, we obliged. She then DROVE back to our office a few days later asking us how she was supposed to get down into the bottle to remove her toothbrush, that is, once she got done… Read more »

I gave a patient in preop booties to put on. I came back to find he put them on his hands.

Upon taking pt. history, he admitted to drug use but said that he had quit. I asked him “when did you quit?” He responded “when I ran out”.

Years ago, when I was a young nurse, an elderly frail gentleman was up to the bedside commode. Unable to make #2, I checked him for a fecal impaction and caused johnson to wave. His smiling eyes said “If I was twenty years younger I’d marry you”

Working on a child psychiatric unit, many of our young patients (3-9 years old) have suffered terrible sexual abuse. During group one day patients were asked what they wanted to be when they grew up. One little boy replied that he wanted to be a “porn star.” Staff’s collective jaws dropped, ready to make a social services referral, and we asked him what made him want to do that as an adult. We all wondered when he said he thought it would be cool to make money buying and selling things like the guy on TV. Then it dawned on… Read more »

While taking care of a gentleman who had undergone a stroke, my CNA and I had boosted him up in his bed to a seated position. He held a tennis ball in his right hand for squeezing in order to strengthen his weakened grip. His speech was also effected and he kept mumbling something that sounded like “my ball…my ball”. I encouraged him, “Yes, your ball in your hand, keep squeezing it so your grip will get stronger”. He spoke louder, “MY BALL”. Then I realized he was referring not to his tennis ball but to his testicle he was… Read more »

One of my favorite dialysis patients who spoke with a soft little southern accent, said to me one day….”why I would never take those genetic drugs, they are not the same as the invented ones”. I just smiled and explained that “generics” would not be given if they were not going to work the same as the brand name, if that were the case we could insist on name brands. She missed my correction of the pronunciation, and was overhead telling her daughter what I had said about the “genetic drugs” only being used if they would do that same… Read more »