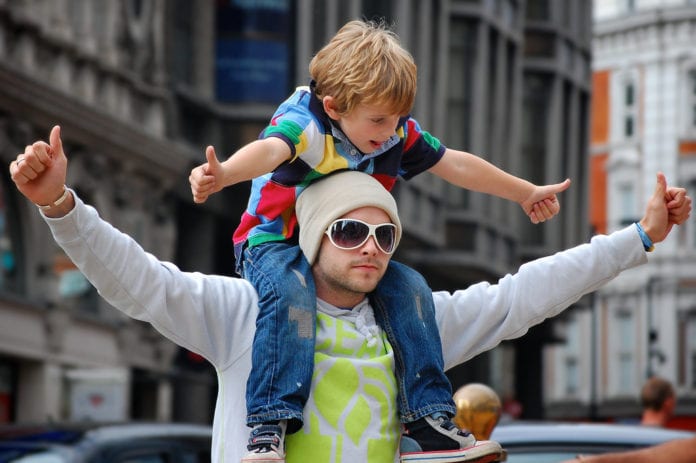 Contrary to popular belief, work-life balance and work flexibility issues aren't primarily women's issues.  In fact, in some cases it is men who use work-life benefits more frequently and are more likely to say that their work is interrupted for personal or family reasons, according to survey results released today by the American Psychological Association's Center for Organizational Excellence. The survey was conducted online on APA's behalf by Harris Poll from July 14-16, 2015, among 902 adults who are employed either full time or part time.

"The lesson for employers here is that while many men and women say that they struggle to balance their work and personal lives, having  access to flexible work arrangements and control over how they manage those boundaries is key to a good work-life fit," saidDavid W. Ballard PsyD, MBA, the director of APA's Center for Organizational Excellence.  "Employees whose jobs fit well with the rest of their lives are more engaged and motivated, report higher levels of job satisfaction, have better work relationships and are less likely to say they intend to leave the organization in the next year."

Although 51 percent of working Americans say their employer offers flexibility for when they work, less than half report having flexible options in terms of the number of hours they work (43 percent), how many days per week they work (40 percent) and the location they work from (34 percent). Even fewer U.S. workers tap into work-life benefits, with just a quarter or fewer using work-life benefits once a month or more.

The Work-Life Survey was conducted online within the United States by Harris Poll on behalf of the American Psychological Association July 14-16, 2015 among 902 adults age 18+ who reside in the U.S. and are employed full time or part time. A full report is available online.

The American Psychological Association, in Washington, D.C., is the largest scientific and professional organization representing psychology in the United States. APA's membership includes more than 122,500 researchers, educators, clinicians, consultants and students. Through its divisions in 54 subfields of psychology and affiliations with 60 state, territorial and Canadian provincial associations, APA works to advance the creation, communication and application of psychological knowledge to benefit society and improve people's lives.

APA's Center for Organizational Excellence works to enhance the functioning of individuals, groups, organizations and communities through the application of psychology to a broad range of workplace issues. The center houses the Psychologically Healthy Workplace Program, a public education initiative designed to engage the employer community, raise public awareness about the value psychology brings to the workplace and promote programs and policies that enhance employee well-being and organizational performance.

To Curb Medical Errors, Physicians Must Be Better Trained To Admit Mistakes

Medical errors are a leading cause of death in the United States, with some research suggesting that errors can cause as many 250,000 fatalities...
Read more
Health and Fitness

Should You Take Dietary Supplements?

When you reach for that bottle of vitamin C or fish oil pills, you might wonder how well they’ll work and if they’re safe....
Read more
Career

Whether it’s under the covers tucked-in, or on the hot sand in the Bahamas with a Mai Tai, every nurse has their own idea...
Read more