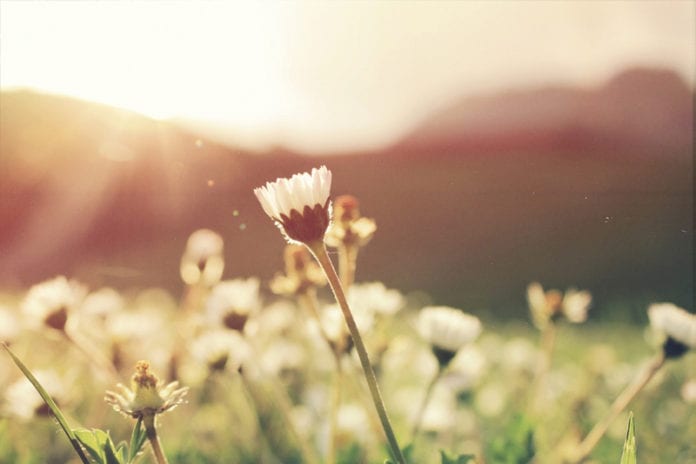 Sure, all nurses have had some bad days on the job that they’d like to forget, but they’ve also had days that they will remember for the rest of their careers—and their lives.

We asked our Facebook fans which day they would choose if they could time-travel to any previous day on the job. Check out their heartfelt, touching responses below.

> The day I was working at WMH as a unit coordinator awaiting my board results when—TA-DA!!! My “boss” showed me my license! I HAD PASSED!

> The first patient I had who coded on me…I was a newer nurse and was too scared of the doctor to argue with him, even though I knew exactly what the patient needed. I ended up calling a rapid response on him, and the ICU doc who came over for that ordered the med I knew the patient needed, but by then it was too late. He coded shortly after I called the rapid response and we lost him. Lesson learned: Sometimes you gotta be tough as nails to be a good patient advocate.

.> I would go back to the early days when I was a nurse’s aide and worked on the same med/surg floor as my mama, who was a nurse. She has been gone six years now and I still miss her every day. She taught me more about compassion, respect and work ethics than I ever learned in school. Thank you Mama.

> I was working as an agency nurse on a med-surg floor one winter day when I had the privilege of caring for a frail, elderly gentleman who was losing his sight to macular degeneration. He was a very soft-spoken, polite man who always said thank you, and was one of those patients that you know to keep an extra eye on because he would never ask for anything, even if he needed it. I had set him up to eat his lunch, and while I was making rounds on my other patients, it started to snow. When I went back to check on this gentleman, he was just looking out the window with the most peaceful look on his face. When I asked if he wanted to get back to bed to rest, he said no and that he had always loved to watch the snow fall, even when he was a little boy. That moment has always stuck with me. This gentleman was slowly losing his sight, but instead of being angry and mournful, he just continued to cherish the joy his sight still gave him. The memory of the peace and joy on his face brings a smile to my face every time I think about it.

> I would go back maybe before DRGs or just after (about 1986). Units had staff but were not based on acuity. Many nurses stayed on their units for years. We had busy days and some down times when we could discuss cases and really get to know each other. We were better teams then, I think…I miss those days.

> I have been a Neonatal ICU nurse for 30 years, and I would go back to any day where I got to place a tiny, sick infant in a mom’s arms—who has been waiting for weeks to feel that miracle, always wondering if her baby would survive long enough for her to ever get that chance—for the first time. It still brings me to tears of joy and a feeling of honor to be allowed to share that precious moment.

> I work in LTC. We had a male hospice patient who was able to get around in a wheelchair. One day, he was in the dining room trying to get coffee. He started to couch violently. Then he started to hemorrhage. He was coughing up copious amounts of blood. We had to get him out of the dining room as quickly as we could while trying to protect the other residents and staff from blood splatter. I remember the look on his face as he looked up at us. It was a look I will never forget. He wasn’t able to speak. His eyes were seeking comfort. And we failed him. We should have prayed with him and comforted him. If I could go back to that day, I would. I would have prayed with him and for him. I would have told him, “It’s okay. Don’t be afraid. God is with you.”

> I would go back to the very first delivery that I witnessed as a student nurse. I felt the emotion, the joy and the power of a miracle wash over me. Many years later, I still love my job as an OB nurse. God leads us to the place that we need to be and I wouldn’t have it any other way!

If you could time-travel back to any day on the job, which day would you choose and why? Share in the comments section below.

My day would have to be, Christmas season 1996 I was a staff nurse on a med/surg unit. We were very busy with a full house and it required all of us to do additional hours on the job. I had worked 2 double shifts and I was rushing home to get some sleep and return in 6 hours. I finally reached my home and I was newly married. I quickly removed my uniform and took off my tight support hose and my full length slip jumped into bed and as I was just hitting my pillow I feel this… Read more »

I would go back to Christmas 1984. I worked on a pediatric unit and there was only 1 patient that Christmas so I was working all alone on the third floor. The baby had failure to thrive but was improving and my only doctor orders were to play with and rock the baby. I remember rocking him in the big rocking chair and thinking it was the best Christmas ever.

My first code as an EMT student (prior to nursing school) I didn’t realize that I was singing “staying alive” to keep time on my compressions. Apparently while I was intensely serious and focused, the whole code team was trying not to laugh. It was the first time that I did compressions on a real person, the first time I suctioned someone, my first time using an ambu bag, the first time I saw someone die. It’s a day I’d like to relive because it was also the day that I called my mom and told her that I found… Read more »

August 2017 we were in the zone for a total solar eclipse. Our outpatient testing area had a row of big windows that gave us a front row seat. We had a patient who lived in a psychiatric group home. When her test was completed we told her we were going to look at the eclipse. She had heard about it and said yes she would like to go see too. We put her in a wheel chair and told her to put on the eclipse glasses. Her exclamation of amazement echoed our own. Her excitement added to our enjoyment… Read more »

As a new graduate, working in the ICU in the mid 80s , taking care of a OB pt that had a baby and was suffering with DIC . Constantly applying and releasing the compression on her lower extremities , giving blood , and all the care was exhausting for the nurses and her Back when IT was new the It guy Leonard set up a tv monitor so she could see her baby in the nursery What hope for her and us. I left to go on vacation and she wasn’t there when I got back. She had gone… Read more »

I would go back to my graduation day. I was filled with hope and pride – especially with my cap and its black band. Nursing has led me down many paths that I never knew existed – but that day is always in my mind and makes me smile.

A day I revisit in my mind often and share with staff often…. we teach nutrition but on occasion it is apparent that is not what needs to be addressed. We have learned that you can teach till the cows come home but if the subject is not what is one their mind, nutrition focuses or not, they will not value the information nor retain it. I was talking to a mom, a mom with bruises, a mom with a black eye she told me was from an accident, I stopped my planned education and I looked at her, I… Read more »