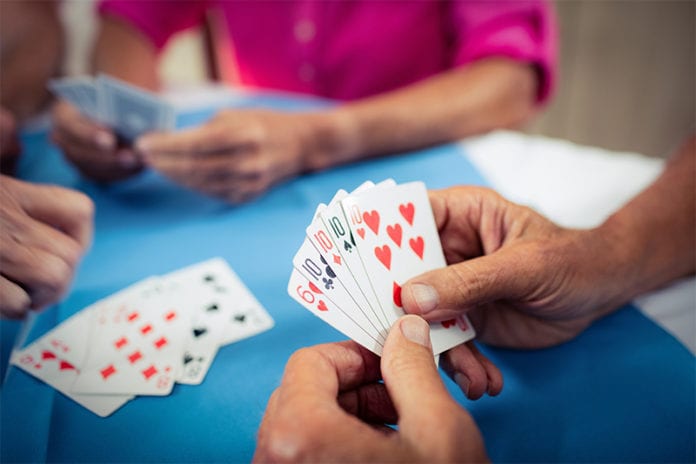 No doubt you've heard the news and seen the coverage about the Washington state senator suffering from a severe case of foot in mouth disease. In case you missed it, here's a recap:

Senator Maureen Walsh was arguing in support of an amendment that would exempt critical access hospitals, in rural areas, and hospitals with less than 25 beds from a bill that would provide nurses with uninterrupted meal and rest periods.

During a debate of the state senate floor she said (and I quote), "By putting these types of mandates on a critical access hospital that literally serves a handful of individuals, I would submit to you those nurses probably do get breaks. They probably play cards for a considerable amount of the day."

Responses to her comments were swift and assertive.
The Washington State Nurses Association called Walsh's remarks "demeaning" and said there is "zero logic" in covering nurses in some hospitals, "while leaving others without any protections."
"No, Senator, nurses are not sitting around playing cards. They are taking care of your neighbors, your family, your community," Mathew Keller, WSNA's director of nursing practice and health policy, said in a post on the union's website.
Senator Walsh responded to the backlash, asserting that she has the "greatest respect for nurses" and that her mother was a registered nurse for many years. She has since walked back her statement.
The nurse community responded with their own response. A change.org petition for Senator Walsh to shadow a nurse for a 12 hour shift has over 770,000 signatures. You can add your name here.
This isn't the first time (and it won't be the last time) the nursing profession has been demeaned and ridiculed --remember Joy Behar stating that only doctors use stethoscopes?! But this one took it a step further perhaps because it belittled the nursing profession in a way that we have not seen before.
When we are facing staffing shortages, violence in the workplace and burnout, the last thing we need is an elected official stating we play cards all day. But here’s the thing about publicly offending a fiercely loyal and passionate community: You tend to get a lot of backlash.

Your turn. Share your thoughts and feelings about Senator Walsh's comments (but only after you've wrapped up your poker game).

All I can say about that senators remark is: walk in my shoes for a day and see how many butts you have to come in contact with. Smart sick people remind me of the so many sick senators in Washington. They do nothing but sit on their butts and send out non-substantial remarks about a subject they have no real knowledge about. If the senator and his constituents really want to make a difference do something about the mess you were sent to Washington to clean up but instead you have made a bigger mess. And approve some of… Read more »

Dear Senator,
I can assure you that Nurses do not sit around playing cards. Nurses are very hard working professionals taking care of sick patient’s 24/7 even when they are working short staff. It is very discouraging when someone of your stature makes a statement that disrespects hard-working nurses. You should apologize and hope that you don’t end up in a rural hospital somewhere.

I can not believe she said nurses play cards .I have worked half of my break and even throughout my break to get my work done .Saying nurses spend their time playing cards !!!This is unacceptable and I do not think she should get elected ever again .She is a heartless person who knows nothing about the responsibilities and work nurses do.So many nurses barely get a chance to make it to the bathroom. She should not be working as a decision maker or influencer over people in general.If she looks down on nurses she looks down on other jobs… Read more »

I work in small LTC facility, 39 beds, and I have never had time to play cards. The nurses who work in those small rural hospitals don’t either as they are probably also chronically short staffed too. Younger people don’t want to work that hard for so much hassle and too little pay and I don’t blame them

SHAME ON YOU Senator!!! The day the senator has to rely on her nurse, OH AND SHE WILL, is the day that she will remember what she said. I’m sure she will be will be worried that her nurse will go and “play cards” just for spite. She certainly has no clue what really goes on as a bedside nurse. During my very first orientation out of nursing school, my preceptor was running all over the place doing this and that, calling doctors, paging doctors, answering call lights, all the while I’m running along side her with my mouth hanging… Read more »

A great example as to why the government should STAY OUT of healthcare, in my opinion….

There is no person better than a nurse to explain to the public what nurses do. It is up to us to promote our profession. It is also important that nurses are aware of the position our elected and hoping to be elected officials take on issues. The nurses in Washington State can speak very loudly to Senator Walsh and her views of our profession when her current term is up for re-election.

Senator Walsh must be an idiot.

I have been practicing nursing in many positions both inpatient and outpatient. I must say that in the past 46 years of service I have never played cards or seen any nurse do anything that would come close to ignoring their patients. Personally, my fellow nurses and myself have gone without food or even a bathroom break if we were involved in tasks that benefited our patients health and well being. Apparently this woman is as ignorant as they come and she should work with a nurse on a shift so she can educate herself on what nurses endure every… Read more »

The bigger problem is the senators logic made no sense. She does not want mandated breaks for nurses at critical access hospitals because they have limited staff and are not very busy most of the time. If they are all sitting aroud that would mean the nurses at these hospitals would have no pro blem getting their breaks. She demeaned a whole profession in order to keep the people who support her campaign happy and that is the hospital administrators. When nurses are paid for their worth instead of being thrown under the bus while hospital CEO’s make millions, then… Read more »

There is no end to the stupidity that we have seen in Washington, D.C. How anyone could make such a comment is beyond belief. Even in my “down time” in my school nursing role, I am making calls to complete charts with vital information needed in an emergency or looking up medication details to provide better service to my clients. The Senator should apologize and hope she never needs quality care from a card-playing nurse.

I can remember when the floors were better staffed
and work was far less stressful. It was when the LPN could work in acute care . This is the result of to many chiefs and not enough Indians! Oh well
got to get ready for my double shift with 60 patients
at the nursing home . Soon it will be the same at general hospital . It ain’t no soap opera out there .
Have fun !

I just worked 24 night shifts in April. 300+ hours. Did it for the PTS. The senator must be playing go fish.

To: Senator Maureen Walsh, I assure you, nurses do NOT sit around playing cards. EVER! We hardly ever get to sit. I’m appalled at your ignorance, that you are actually voicing your ignorance and – of the thought- that you are actually responsible for representing any Americans anywhere. Ms. Senator- YOU are the problem. You and other lawmakers who have no clue what is really happening in the health care industry. Speaking as a proud Registered Nurse of 33+ years (working in critical care and multiple other capacities) I have NEVER seen ANY nurse in ANY capacity “playing cards” or… Read more »

Most lay people have no idea what nurses do and would be horrified if they had to experience it. The way nurses are portrayed on tv and in print is demeaning and disrespectful. We, as nurses, need to educate the public to what we actually do and are responsible for. Let’s start with Sen. Walsh!

Senators are nothing but con artists these days and will say anything to cater to their PACs to get more money sent their way.

And yet, year after year, we remain the #1 most trusted profession.
Perhaps we “just play our cards right” giving care and listening to our patients.

A critical part of being a public servant is that you think before you speak and if you do speak you have the proof to back your statement. The fact that we have someone at this level of government that thinks this way about what nurses do is very sad and ignorant. Perhaps she has never had a nurse take care of a family member or child? NOT. I am disappointed.

Her lack of comprehension of a nurse’s duties doesn’t even warrant a comment! I was simply appalled.

I was so happy to hear she got 17000 decks of cards!!! One even sent a letter containing all hearts with the note the senator did not have one!!!
Way to go nurses to responded to this hoof in mouth disease!

The Senator apologized. We know what we are all about. We should have enough pride in our nursing profession and confidence in our work that we cannot and will not be so easily demeaned by one misinformed person-Senator or not.

When I read about what the senator said I was not shock. I saw that many times where nurses are on the computer and their phone playing card games and shopping. I rebuked many of them about such activities on the unit I worked. I get very annoyed when nurses get so angry about the truth when it is said.You may not have witness it but it is wide spread in many areas. The nurses that do those things makes it very bad for those of us that are compassionate and professional in the care we provide. The hospital and… Read more »