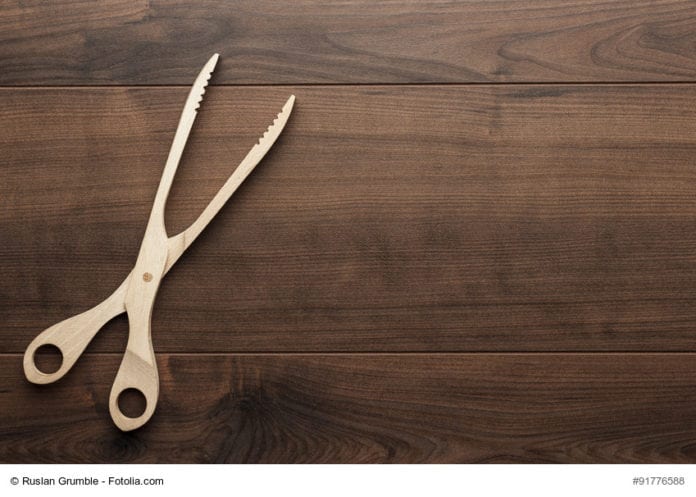 Patients may make the nursing world go round, but sometimes their behavior is a little weird! Whether they’re trying to fool you or just misunderstood your instructions, they can do some odd (and hilarious) things from time to time. We asked our Facebook fans to share the strangest thing they’ve ever seen a patient do or say, and got some crazy answers in response! Read on for some hilarious patient antics!

A gentleman smashed the suction bottle (yes folks, they used to be made of glass), then proceeded to eat the pieces. Upon further inspection via gastroscopy, the findings included a fork heading tines first into the duodenum. He went to surgery.

THIS END GOES UP

A patient drank 500 ml from a prepared and lubricated enema bag hanging in his bathroom. When he was found sucking on the tubing, he just stated that he saw it there and figured he should drink it. Wrong way in, my friend….

I had a patient use his Foley as a lasso once…and another patient was “rowing” his bed via the IV pole!

While I was working in a nursing home, we had a little feisty little old lady in her 90s. Upon entering her room you had to be careful, ’cause she would have her ammunition (poop) rolled into little balls and would sling them at you as you entered. Most of us knew this, so we were careful upon entering, but every once in a while, she would get a new employee who hadn’t been forewarned. LOL!

I will never forget a patient who came in post-vasectomy (I work for an urologist). I was ready to put him in a room when I asked for a urine sample first. I don’t know what he understood, but he came out of the bathroom with a semen sample!!! No wonder he took a while in the bathroom. Poor guy, his face was red from embarrassment. Like I always say, patients don’t LISTEN!

I had a patient who would lick his hearing aids to “lubricate” them before sticking them in his ears!

A dying patient was lying in bed while his family continually wiped his face with a cool, wet cloth. Unfortunately, the family was getting the washcloth cool and wet with the TOILET water! When I brought it to their attention—like it wasn’t obvious—they told me it was the coldest water available! I have other gross delights, but that one was insane.

A little old lady in the early stages of dementia asked me to peel the hard-boiled egg she’d been sent on her breakfast tray. I did, then put the shell to the side and stepped out of the room to get her morning pills. When I came back, the egg laid on her tray untouched while she happily munched on the shell!

An L&D patient put her legs behind her head to push…it definitely was a WTF moment!

A patient removed the showerhead, inserted the shower hose into his rectum and turned the water on full blast. He stated he needed an enema…documentation on that was fun.

I had a little old lady who brought salad tongs in her purse to use to hold toilet paper and wipe her bottom. She even offered them to me to use when I had to help her!

I work in LTC and have two women in their 90s with dementia. Every night, you can hear them saying to each other that they will never take the current cruise again ’cause we haven’t stopped yet. I would love to be confused and think I’m on a cruise the whole time, LMAO.

What’s the strangest thing you’ve ever seen a patient do or say?! Share in the comments section below.

I have well-over 35 yrs. experience as a nurse in an enormous range of nursing divisions. Among the many times that I remember, one particular case was the following: I was employed in a Correctional Facility, and I was notified by one of the house officers that one of the inmates had “SHOVED A LOCKER KEY WAY INSIDE THE HEAD OF HIS PENIS! When the inmate was further questioned by the officer as to why he had done such a thing, he informed him that he was letting out all of the demons. I then told the officer to bring… Read more »

I had a family member call one day to ask if I could check on their mother. She had hurt her foot the day before and was refusing to go see her doctor. Went to see her, she had 2 metatarsal sticking through the skin of her foot. Said she did not see a reason to go anywhere. It didn’t hurt. Took over 2 hours to convince her she needed to be seen, that having bones coming out of your skin is. Not normal.

While on a home care visit, a diabetic patient
Was showing me how he tested his
Blood for a glucometer reading.
He quickly produced from his dirty
Pocket a dirty safety pin & stuck his
finger! I (involuntarily) screamed “No!”.
He looked at me, bewildered, & said
“What’s the matter; I’ve been doing it
this way for years!”.