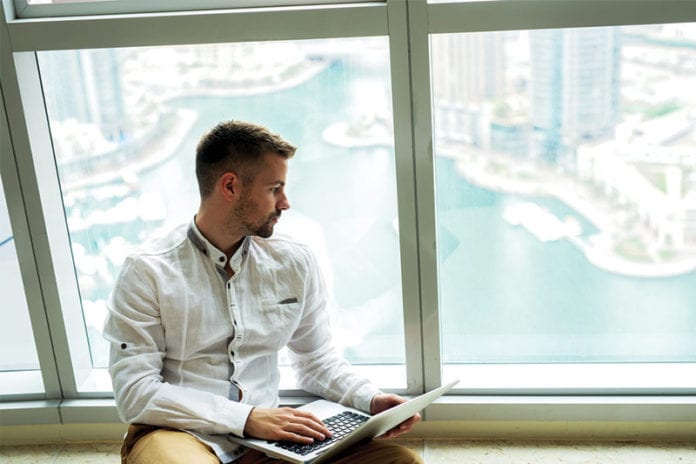 For many of us outside nursing, taking a break in the workday—to grab a bite, go for a walk, or catch up with a coworker—is a practiced habit. It’s something we take for granted. Not so for nurses.

Our VP of Nursing recalls the predicament he faced on most shifts: He was unable to take an uninterrupted break, but there was also no permissible place to drink water at the nurses’ station. It’s ironic that those entrusted to keep the rest of us comfortable, rested, and fed aren’t afforded the same courtesy—especially in a field where nurse fatigue and patient safety are so closely linked.

From The American Nurse

Long shifts in nursing are standard practice. What’s not so common is the routine of taking a short break to unplug and recharge during those long workdays. In fact, research shows that the more hours a nurse works in a shift, the less likely he or she may be to escape call lights or other patient needs. In one study:

“… nearly 40 percent of nurses surveyed worked shifts longer than 12 hours, but the long workdays were not associated with an ability to enjoy a rest period. In fact, the numbers went down. Forty-nine percent of nurses working shifts of 8.5 or fewer hours were able to escape patient-care duties during a break, compared with 46.7 percent working shifts of 12.5 hours or more. And the percentage of breaks free of patient-care duties decreased to 30 percent when nurses worked 20 or more consecutive hours.”

Statistics like this aren’t too surprising, given the character of those drawn to nursing in the first place. Nurses tend to prioritize others’ needs. Vanessa Patricelli, an orthopedics nurse at Harborview Medical Center in Seattle, says, “We tend to put our patients’ needs first before we sit down, go to the bathroom, or grab a bite to eat. At the end of the day, we’re exhausted with the added weight of knowing we face the same challenges tomorrow.”

There’s also a stigma that surrounds taking a break. Coworkers may frown on it, creating peer pressure to dissuade the habit. And many employers still expect nurses to keep working during lunch breaks that they’re not paid for, as evidenced by the string of lawsuits filed against such practices. Higher patient acuity and an increasing shortage of nurses are contributing to this hamster-wheel pace as well.

Still, there’s ample research showing how important it is to give the brain and body some downtime. John P. Trougakos, an assistant management professor at the University of Toronto Scarborough and the Rotman School of Management, explains,

“Mental concentration is similar to a muscle. It becomes fatigued after sustained use and needs a rest period before it can recover, he explains — much as a weight lifter needs rest before doing a second round of repetitions at the gym.”

Studies show that when nurses log long hours without breaks, they’re also more prone to injuries, which take a financial toll on the facility as well:

“Adverse schedules such as workdays longer than 13 hours, weekend work, working without breaks, returning to work on days off, on-call work, and overtime have all been found to relate significantly to the incidence of musculoskeletal injury in nurses. These same schedule characteristics have also been found to be significantly related to the incidence of needlestick injuries among nurses.”

Industries outside health care have been quicker to adopt measures to address fatigue in shift workers. Measures taken to support airline crews could provide inspiration to facility leaders when it comes to nursing, including limiting time on duty, mandating opportunities for sleep, and using controlled rest periods. Ultimately, as the saying goes, “what’s good for the goose is good for the gander.” In other words, when nurses are rested and rejuvenated, patients in their care benefit, as do facility leaders looking to maximize reimbursements.

Here are some ways nurse managers can help their staff get some much-needed relief:

Are you and your staff taking breaks? If no, why not? And if you are, we’d love to hear how you’re making it work. Share in the comments below.

I currently work for a hospital that does not give breaks. No effort is made to give breaks. I have endured it for the past eight years but can no longer put up with this. I know there are labor laws that are being ignored and I don’t understand why nurses don’t matter to anyone as far as how they are treated. I worked in a factory before I became a nurse. After 35 years of nursing I often wish I was still a simple factory worker where I was given breaks and treated with respect.

I worked in the OR for 37 yrs. Management kept just enough staff to run the rooms. No one extra to help or give breaks/lunch. Because of no breaks, no lunch, mandatory OT and on call everyone was burned out and everyday we had call offs that mostly were mental health days just because people were too tired to work causing low moral. All this could have been avoided by adding 1 nurse and 1 tech. I was lucky and could retire at age 57 not because I really wanted to but because I felt I could no longer keep… Read more »

I used to work on an car assembly line. Since the assembly line can’t stop – they would have people that would take your spot while you took your break. Similar idea to the hospital in Washington. Surprised it’s taken this long to implement a similar idea that’s been in manufacturing for a long time.

Where I work no nurses take breaks. Recently phlebotomy duties have been added to our already full plates! Now we are being told that we have to manage our time better and clock out on time! I have been nursing over 35 years, and for the first time I’m beginning to hate it! And the only break I am asking for is a chance to see during my 12.5 hour shift!

It amazes me to think that this problem persist. Imagine this interview, “We are so happy to have you come and work for our company, let me tell you a little bit about your duties. You will work a 12 hour shift , but you will probably work 13 because all documenting must be completed before leaving. I hope you brought some crackers or something because you will not get a break for eating because your patients will be in your care during the entire shift. Please let the secretary when you have to go to the bathroom so we… Read more »

I am an administrator now and sit in my office alone for hours on end, focused on my task at hand. I find getting up and going to speak to others, share a laugh, talk to a patient or their family, does so much for my focus. I can actually get back on task with more vigor. Also staring at a computer and papers all day is so tiring to the eyes, the above people are much easier on the eyes!

A 20 or 30 minute power nap always did it for me! Gets you through the shift.

I am presently on a long term care contract as a travel nurse. I work 17 hour shift, typically seven days a week. I could not tell you the last time I had a break. I wish there were a way to rectify this, but in my 13 years of nursing, it is more common to skip your break than it is to take it.

Office types of people in hospitals (and other occupations) always take their breaks, take lunches, and get to sit down. These are the types of people who make the decisions on how the facilities function. They are clueless what nurses put up with. I’ve worked in most fields and some of the laziest are ICu nurses.I don’t care who doesn’t want to hear it. Does anyone here think that office types who “run everything” would put up with no breaks, no lunches, and hardly sitting down?