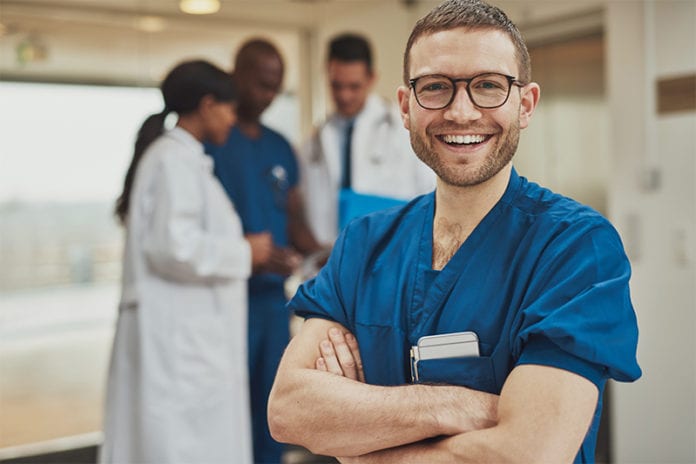 More males and people of color are entering nursing, and more nurses are earning bachelor's degrees compared with a decade ago, according to a new study by NYU Rory Meyers College of Nursing researchers.

The study, published in the journal Nursing Outlook, also shows an improvement in working relationships between nurses and physicians.

In 2010, the Institute of Medicine (IOM) published "The Future of Nursing: Leading Change, Advancing Health," a milestone report that provided recommendations on how nurses can best advance the nation's health.

Following the publication of the report, the Robert Wood Johnson Foundation, in partnership with AARP, began a campaign to help implement the report's recommendations, including focusing on increasing gender and ethnic diversity in nursing, transforming nursing education, and fostering collaboration between nurses and other professionals. Research shows that both having a higher proportion of nurses with a bachelor's degrees and health care teams that collaborate well across disciplines are linked to improved patient outcomes.

The current study used nursing workforce data from 13 states across the U.S. Four cohorts of nurses were surveyed in 2006, 2009, 2012, and 2016, capturing data on nearly 5,000 nurses who were newly licensed during the prior year, in order to uncover changes in the workforce over the 10-year period.

The researchers found that the demographics of new nurses have shifted over time. Significantly more males became part of the workforce, growing from 8.8 percent in the 2005 cohort to 13.6 percent in the 2015 cohort. Ethnic/racial diversity also increased, particularly among Hispanic nurses, as the percentage of white (non-Hispanic) nurses decreased from 78.9 percent in 2008 to 73.8 percent in 2015.

"The increase in the percentages of men and nurses of color indicates that the nursing workforce is moving in the direction recommended in the Institute of Medicine report," said Christine T. Kovner, RN, PhD, the Mathey Mezey Professor of Geriatric Nursing at NYU Meyers. "However, the findings are still below goals of the report and other recommendations."

Since the nursing workforce has been aging, which could result in shortages as older nurses retire, the researchers looked at the average age of new nurses and found that they grew slightly younger, dropping from roughly 32 years old in 2008 to 31 in 2015.

The profession is also making progress toward the IOM report's recommendation that 80 percent of nurses have a bachelor's degree by 2020. The most recent group of new nurses was significantly more likely to have a BSN or higher (48.5 percent) when compared to the 2005 group (36.6 percent). Today's nurses also have high ambitions: when the 2015 cohort was asked the highest degree they were pursuing or plan to pursue, 49.2 percent reported bachelor's degrees, 56.9 percent reported master's degrees, and 20.4 percent reported pursuing or planning to pursue a doctoral degree.

Some (40.3 percent) of the nurses surveyed in the 2015 cohort reported that they learned to work in teams with professions from other fields, including medicine, social work, physical therapy, occupation therapy, dental, and pharmacy. When new nurses were asked about collegial relations between nurses and physicians, there was an upward positive trajectory increasing almost 7 percent between 2005 and 2015.

Policy changes that could support achievement of the IOM recommendations include scholarship support for nursing students as well as employer-provided benefits for education, which would reduce the financial barriers and possibility of accruing student debt to become a nurse.

"The four cohorts of new nurses were remarkably different from each other in ways that could have an important impact on workforce planning," concluded Kovner. "We suspect that changes in the U.S. economic environment, including the recession, were likely to have influenced the educational and diversity trends of new nurses, encouraging them to enter the field during a difficult period for employment."

I see more men going into nursing now than before and I think it is great. My nursing class was maybe 15% male in the late 90’s. My son is in his first year of college and wants to be a RN. A few of his buddies are going for the same thing. For my son, I think he saw how nursing is a field where there are always job opportunities if you are willing to be flexible and learn new skills.

Been an RN for many years. We male nurses were a bit rare when I first started. The BSN thing is BS. Whatever your degree. You learn the real world of being a Nurse while working on the floor. Nursing becomes who you are. If it is just a job. You will never make it as a Nurse.

Many years ago, the local hospitals in my area stopped hiring AAS degree nurses and only hired BSN degree nurses. So it made it harder for AAS nurses who couldn’t afford to get their BSN, get jobs in the hospital. Yet, there is a nursing shortage….