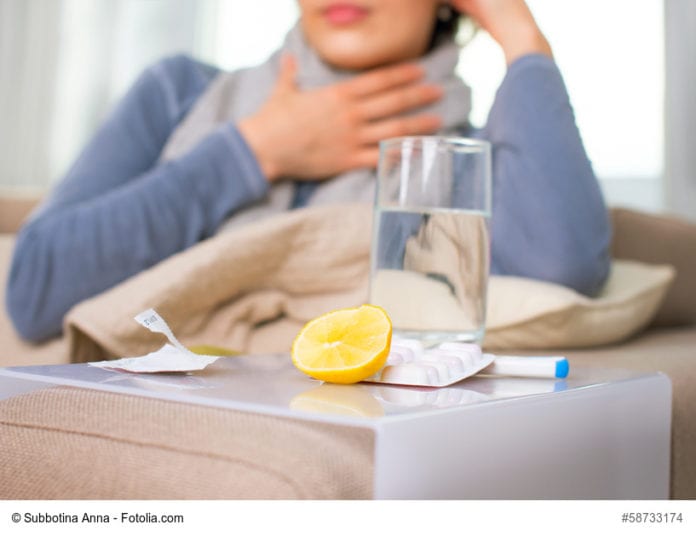 National Institutes of Health scientists and their colleagues identified a previously unappreciated role for the soft palate during research to better understand how influenza (flu) viruses acquire the ability to move efficiently between people. In studies using ferrets, the team collected evidence that this patch of mucous-coated soft tissue separating the mouth from the nasal cavity is a key site for the emergence of flu viruses with a heightened ability to spread through the air. The finding could aid efforts to define the properties governing flu virus transmissibility and predict which viruses are most likely to spark pandemics.

The research was led by Kanta Subbarao, M.D., of NIH’s National Institute of Allergy and Infectious Diseases (NIAID), and Ram Sasisekharan, Ph.D., of Massachusetts Institute of Technology, Cambridge. Their report is published online in The Journal Nature.

Flu infection in mammals starts when an influenza virus protein called hemagglutinin binds to sialic acid (SA) molecules on the tops of chain-like proteins that thickly line tissue throughout the respiratory tract. Flu viruses adapted to humans and other mammals bind preferentially to a type of SA called alpha 2,6 SA (α2,6 SA), which is the predominant form found in the upper respiratory tract of mammals, while avian flu viruses bind best to a form, α2,3 SA, that predominates in birds.

Dr. Subbarao and her colleagues began their research by making four mutations in the hemagglutinin of the flu strain responsible for the 2009 influenza pandemic, a strain notoriously good at spreading from person to person. The intent of introducing the mutations was to make the virus preferentially bind to bird-type SA and, presumably, be less transmissible via air than the original virus. They then used the engineered virus to infect a group of ferrets, which are widely used as a model of human influenza infection. The next day, uninfected ferrets were placed in cages separated from infected ferrets by a perforated barrier. Nasal secretions were collected from all of the animals for two weeks.

“To our surprise,” said Dr. Subbarao, “the engineered flu virus was transmitted by the airborne route to uninfected ferrets just as well as the original non-mutated virus.”

To understand this unexpected result, the researchers sequenced viral genetic material obtained from the ferret nasal washes. The sequencing was done by a team at the J. Craig Venter Institute, Rockville, Maryland. They discovered that airborne transmission was associated with a single genetic change in the engineered virus’s hemagglutinin that gave it the ability to bind to mammalian-type α2,6 SA of a particular class (long chain) without the loss of the other introduced changes that had made it a α2,3 SA binding type. This genetic reversion, Dr. Subbarao noted, appears to have occurred within 24 hours of administering the engineered flu virus to the experimentally infected ferrets. Subsequently, they passed it on to uninfected ferrets in the adjacent cages.

Next, the team looked at tissues from several locations in the ferrets’ upper and lower respiratory tract to more precisely define the location of the reverted, long chain α2,6 SA-binding virus. They infected groups of ferrets with the engineered virus — containing the same four mutations in hemagglutinin as in the first set of experiments — and three, five or seven days later, took tissue samples from various locations, including the soft palate.

“Historically, the soft palate has not been examined in animal models of influenza,”

The soft palate, which has surfaces facing both the mouth and nasal cavity, stood out as the prime location for an abundance of virus containing the single genetic reversion that allows it to bind to mammalian-type SA. By three days post-infection, more than 90 percent of the viral material collected from the soft palate contained the reverted, long chain α2,6-binding form of virus. The other tissue sites examined showed a mix of engineered and reverted virus at all the tested time points after infection. Other parts of the ferret respiratory system do have large amounts of cells bearing α2,6 SA, yet the reverted virus dominated only in the soft palate, the investigators found. Pig and human cadaver soft palate tissue was also studied by the team and revealed density, type and locations of α2,6 SA-bearing proteins similar to those seen in ferrets.

Much remains to be explored in this small region of anatomy to better define the characteristics that make it a key spot for rapid virus evolution and selection of airborne transmissible flu viruses, noted Dr. Subbarao. It may be, for example, that flu viruses with superior ability to transmit through the air are those that outcompete other flu virus variants in the soft palate and that inflammation associated with infection there stimulates the sneezing and coughing needed to better propel flu virus onward to new contacts.

This research was supported in part by the Intramural Research Program of NIAID, an NIH/NIAID Genomic Centers for Infectious Diseases program grant award AI-110819 and by NIH Merit Award GM057073-13.

— at NIH, throughout the United States, and worldwide — to study the causes of infectious and immune-mediated diseases, and to develop better means of preventing, diagnosing and treating these illnesses. News releases, fact sheets and other NIAID-related materials are available at http://www.niaid.nih.gov.

If Nurse Stock Photos Could Speak: 10 Captions That’ll Crack You Up!

Ever wonder what nurses might be saying if their stock photo images could speak? Now you don’t have to. Is this nursing heaven? But wait,...
Read more
Education

RN to BSN: Is Online Education For You?

So, this might sound a little off topic for The NP Mom, but I know many nurses read this blog – as well as...
Read more
Family Life

November is known as Alzheimer’s Awareness Month. While you’re probably already familiar with the signs and symptoms of this disease, you may not know...
Read more