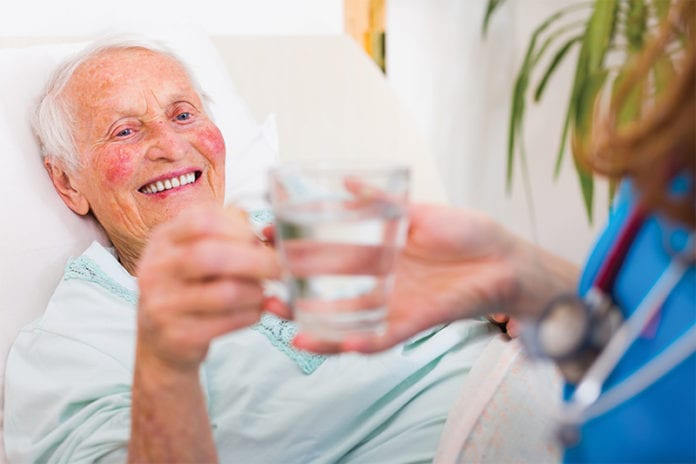 As nurses, we get to work with and care for patients everyday. Some days we hear some VERY interesting things come out of their mouths! With some help from our fantastic Facebook community, we’ve compiled some anecdotes that are sure to have you giggling (and shaking your head) the entire way.

Do you have any good (or ridiculous) patient stories?! Share them in the comments section below.

as we were just starting the anesthesia, the patient looked up,smiled, took my hand and said..” don’t worry, I have everything taken care of at Hathaways( the local funeral home). We took extra special care of her during surgery.😍

I am on a Rapid Response team at a large hospital but I still often get asked, “So, what do you do to stay alert all night while everyone is sleeping?” Surprisingly sometimes from day shift RN’s. I usually reply, “Sit around eating, you should come to nights it’s so easy!”

I have been spending some time on “the other side of the bed” with my 90 yr old father. The staff all enjoyed working with him and here are a few of his best quips. To the transporter on the way back from CT scan–“I’m going to have to find a hydrant pretty soon!” To the cardiologist who just spent much time explaining the newest pacemaker that they were putting in the next day–“how long have you been doing this?” “I want to make sure I’m walking out the front door–not kicked out the back!” Finally, to the hospitalist that… Read more »

I was assisting a 90+ yr old male pt into the shower. He looked at me and said “why don’t you get in with me!” I had to laugh it off and

As a new bright and bubbly grad, entered a pt room, raised the shade to a sunny, sunny day, gave good morning greetings to which the pt replied, “Go to hell and close the f…n shade”.

SDAT being interviewed. Do you know where you are? I’m right here, dummy!

As a student nurse, I had delivered breakfast trays to my patients and was now picking them up. As I walked into one gentleman’s room, I asked how much he had eaten…I proceeded in, he turns to the opposite side of me and said his eggs were on the floor….naive me….thought he dropped them…no, he vomited his eggs onto the floor!

The worst ones are not so much the patients you care for professionally but the things said to you by family members, friends, or random people who find out you are a nurse. You can’t always walk away from them, and you need to keep a straight face. Any conversation, especially with a stranger, that starts out with …You are a nurse right? Can I show you something?……I shudder each time thinking I am about to see some part of a person I don’t know, in line at Wal-Mart, that should not be shown in public and is likely to… Read more »