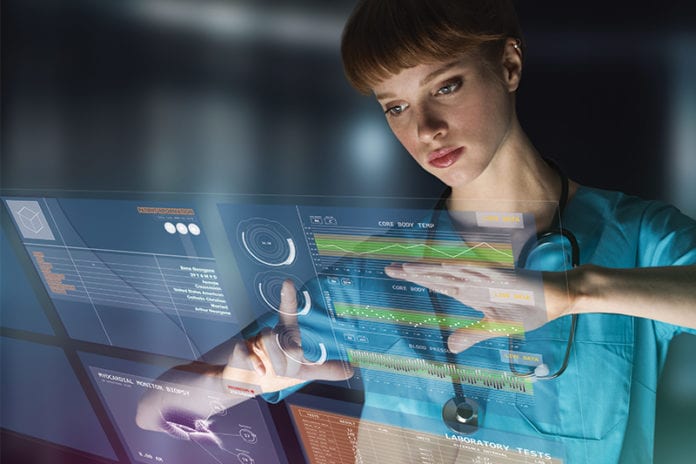 Inventing and improving medical devices can be a long and arduous process. Oftentimes it’s also a process that takes place far from the end user—the patient. But what if research and development of medical devices was democratized? What if the practitioners who work most closely with patients were brought into the product innovation pipeline?

This is what Anna Young, co-founder at MakerNurse and MakerHealth, spoke about last week at Singularity University’s Exponential Medicine summit.Young believes nurses, when empowered with the right tools, can use their own ingenuity to create effective medical devices. This is exactly what MakerNurse is after.

MakerNurse was launched in 2013 as a community of nurses focused on creating inventive new solutions that improve patient care. The MakerNurse community is paired with the founding company, MakerHealth, which builds clinical makerspaces in hospitals to provide training and tools for nurses to create new medical devices.

Historically, nurses have always been makers and creative problem solvers for patient needs. In fact, from the early 1900s until the late 1970s, nurses even had a publication devoted to showcasing new medical devices and outlining how other nurses can re-create them.

Considering how closely nurses work with their patients, it makes sense that this would be a powerful group for inventing new patient solutions.

Young says, “Nurses are faster than a medical device company and they're closer to the patient than an engineer ever will be…the timelines, turnarounds, and the feedback loops that nurses have with their patients are unlike anything else inside of our healthcare system.”

Back in 2009 Young and her team first dove into this idea during a partnership with MIT’s Little Devices Lab and the International American Development Bank.
Together, they launched a health prototyping tool kit across Nicaragua called MEDIKit. It was a test to see whether mixing in-lab technology with local supply chains would change how medical devices were made.

From this initial idea, the team took it a step further.Young says, “We thought, ‘What if we installed a makerspace in Nicaragua? What if we get a clinical makerspace and give people access to it?’”The team installed a makerspace between a hospital and a nursing school. The space was 100 feet away from the hospital, but even this small distance proved to be too far. The hospital staff was too busy to leave and use the space.

This frustrating discovery, however, helped the team learn that they needed to build the makerspaces inside the hospital, which is exactly what MakerHealth now does. What’s inside the spaces?

Through the MakerNurse community, Young’s team conducted a research study to learn what tools and materials are most critical at the point of care.

“We overlaid this information with the tools and materials we've been using inside the lab to land on what’s inside the MakerHealth space today,” Young explained.

As MakerHealth has grown, they’ve learned that providing tools alone isn’t always enough; education in technology literacy for nurses is critical too. With this in mind, the team is building programs to create technology literacy for practitioners, and is also working to build a platform to support a global network of health makers to engage in peer-to-peer learning.

Nurses aren’t the only people empowered when given the necessary tools for innovation. The patient is the true beneficiary of democratizing the medical innovation process.
It’s a great example of how a new shiny product alone isn’t always the best solution. Sometimes the best solutions are scrappy and created in close feedback loops packed with insights from real users—in this case, patients.
Image Credit: Romaset / Shutterstock.com

This article originally appeared on Singularity Hub, a publication of Singularity University.

Summer is in full swing and the warmer weather brings lots of new opportunities to improve your health: plenty of fresh, local produce and...
Read more
Best Practices

May I Have Your Attention, Please? The Hospital Will Be Closing Shortly.

Ahhh. Doors shut. Lights off. Hospital closed for the night. If only this were true. (Insert dream sequence…) We all know the hospital doesn’t function like...
Read more
Career