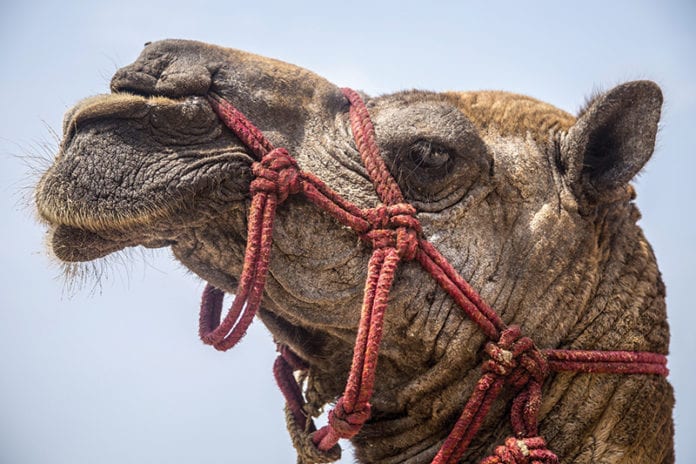 We all know that patients say some crazy things…but what happens when those crazy things are directed at YOU?! Once a nickname takes hold at work, it can be hard to shake off! Check out their hilarious answers (and yes, quite a few nicknames were created by those patients!).

We had a very confused patient and she insisted I stole her cell phone. When we called it, it was in her purse in her closet.

Still don’t understand that one! This patient called me that for over a year!

Working inpatient psych, I had someone who called me “Feets” (because she said I was looking at her “feets”) and then proceeded to chase me at a full-fledged run.

…no idea where he got that, but the nickname stuck and others now call me that!

I was passing meds and told an elderly, confused, hard-of-hearing patient that I was going to bring in her eye drops. She then proceeded to call me “Eye Doctor” all night long; even when she had to be changed or had to pee, she would call out, asking for “Eye Doctor!”

…weird because I’m a brunette. LOL!

A patient with ICU psychosis called me “The Customer Service Rep.”

I had a psych patient call me a camel and then try to throw his water in my face because I needed water.

I work in an ASC and we get our scrubs from a linen service. Lately the press job has been very poor and the scrubs are very wrinkled when we put them on. After getting a dose of Versed, one of my patients told me I looked like a blue scrotum. Oy!

I work in a nursing home and there is one resident who calls me “Vampira” because it seems to her all I do is take blood from her for blood glucose checks!!!

An angry psych patient once called me

I was working the night shift with a newly diagnosed dementia patient who started seeing an elephant in the window. I moved away from the bedside to adjust the blinds on the window and he fussed because the elephant moved. It was then that I realized he had seen the reflection of my backside in the window…from that night on he called me “Elephant!”

A “non-human.” I’m still not sure what that means….

“The commander of evil forces.” Still proud of that one!

What’s the weirdest thing a patient has ever called you? Share in the comments section below.

When I was working psych a female patient called me an “Amish Whore” and accused me of stealing her identity and using it to party in night clubs!

My father-in-law who lived with us and had dementia used to call me the Drill Sgt. Because I yelled all the time. You also have to understand he was VERY hard of hearing and refused to use hearing aids, pocket talkers etc. Eventually ended up using white board and writing, but he still told every home healthcare giver that came to the house that I was the drill sgt.

I work LTD. I’ve been called by many names (good & bad). Years ago I had a blind resident who could tell who each of us was by our voice; he also had early dementia. When he wanted something he would bellow every staff members first name until he heard one of us answer; or our voice. The first one to answer was “his nurse ” for that shift.

One of my patients called me “puny” and proceeded to rant that there were not enough males working there, and how we females were too weak. One of the techs calls me “Lil P” now.

I’m a respected and active person in my community, I’m past my mid 30s, I have been married for 18 years and I have 2 children, the oldest is 17, and I’m 5’10”. But on more than one occasion I have been called “little girl” by patients. …

As a psych nurse I’ve been called a lot of things but I think the most creative one was when a female patient called me a Lesbowhoremonger. Not even sure what that means!lol.

Years ago I worked as a home care nurse and as you can imagine we visited many different home environments. To maintain hygiene we were required to carry a newspaper with to assure we had a clean place for our nursing bags. One patient in a particularly disheveled environment took exception to this and complained to the home office that I was persnickety. So call me Miss Persnickety every one in the office found it amusing.

After giving an injection to a confused dementia patient she became very angry and tried to insult me. She gave me her worst evil eye and yelled, “You, you, you,….Mosquito!” I couldn’t help but laugh. Poor thing was so mad and that’s the best she could come up with.

A patient in long term care who had brain cancer and was an ex biker, always called me the “naughty nurse” because I wore a hat and scarf everyday with my scrubs. Still don’t know why

A cardiac patient who had a hard time remembering names started calling me “runt” because, as you can guess, I was the smallest nurse. Never did live that one down!

When I managed a large medical unit, a confused patient called me “Madame” – she was convinced I was running a house of prostitution and was making my “girls” work way too hard. She even called the police to come an shut the house down and have me arrested. After that, my team just called me “Madame”.

Angel Lady.
Patient insisted that I am her Angel…. and would eat for me and let me do anything service for her but no one else….