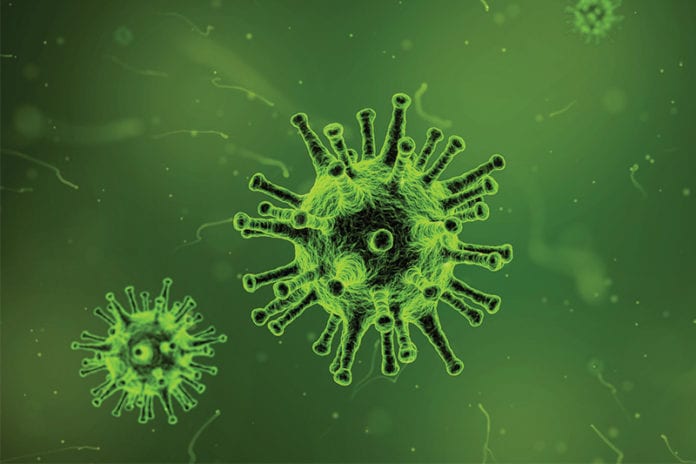 If you’re thinking it seems that the flu has reared its ugly head a bit early this year, you’re right. As if that wasn’t enough, it’s also rapidly spreading across the country after appearing almost all at once across 46 states. The U.S. Centers for Disease Control and Prevention released data recently showing widespread flu activity across those 46 states, and it may get worse before it gets better. Dr. William Schaffner, an infectious disease specialist at Vanderbilt University states, “This is a feature of this year’s flu; not only did it start early, but it seemed to occur all over the country more or less simultaneously.”

Is This a Flu Epidemic?

As of yet, the flu hasn’t reached the numbers needed to qualify it as an epidemic; however, that may happen soon. The number of people who died in the last week of 2017 from influenza was only 0.2 percent below the threshold needed to reach “epidemic proportions.” This threshold is set by the CDC using data from prior years.

The Impact on Healthcare Facilities

During the 2016-2017 flu season, the numbers of doctor visits for flu-like symptoms paled in comparison to those during the 2014-2015 season, to which this year’s numbers are almost identical. When patients are admitted to the hospital for the flu, it puts healthcare workers at an increased risk of infection – and the number of patients in the hospital for flu-like symptoms has doubled in the past three weeks. In addition, this number is 35% higher than it was last year.

Hospitals across the country are finding themselves short-staffed as employees become homebound to battle their own bouts of influenza, and medical centers everywhere are enforcing tight visiting restrictions to diminish the spread of the illness. Porter Regional Hospital in Valparaiso, Indiana, is just one of many hospitals that has implemented these temporary restrictions. The restrictions include a clause stating that no one under the age of 18 is allowed to visit patients – no exceptions.

In addition, wait times in many ERs are many times longer than what they usually are, and some triage centers are forced to keep patients in holding in hallways due to the large number of patients coming in with flu-like symptoms. Saint Agnes Medical Center in Fresno, CA, broke its record as it tended to 343 patients in a 24-hour period last week in its emergency department, many of which were for symptoms of the flu. There’s more bad news for hospitals: According to an article in the Windsor Star last January, running over-capacity during flu season costs hospitals an average of $28,000 per day.

Concerns have been raised regarding the effectiveness of this year’s vaccine, however, after an editorial published in the New England Journal of Medicine stated that it was no more than 10% effective against H3N2 in Australia. Although caution should be used when referring to this statistic as a prediction of effectiveness in the United States, (because it is not official data from the CDC) it could still be a bad indication. In years past where H3N2 was the predominant strain, death rates tend to have been higher than average, with approximately 20,000 deaths in the 2012-2013 and 2013-2014 seasons.

There is good news regarding the flu this year. H3N2 seems to be very susceptible to some medications that are widely available, including Tamiflu, which is most effective when taken within 48 hours of the onset of symptoms. Tamiflu is FDA-Approved for people who are older than two weeks of age, and it’s available in liquid and capsule form.

How Does the Flu Vaccine Help?

Schaffner recommends people “do not walk, run” to their provider’s office or pharmacy to get the vaccine. It can take up to two weeks for the body to build up defenses against the flu, he explains. The vaccine does more than just protect the vaccinated against the flu, but it helps prevent spreading it to those who are elderly, sick, pregnant, and children, as well. People in these groups are at a higher risk of suffering more serious complications from influenza.

Schaffner adds that it is especially important for pregnant women, because “not only will she get protection, but she’ll also pass those antibodies along to her infant, which will protect them for the first six months of life when the infant is too young to get the vaccine. And the vaccine is safe for pregnant women and the fetus.”

Those who do get the vaccine and still come down with the flu will find their symptoms could be milder than they’d be without the vaccine. The CDC states that the vaccine helps to reduce missed work days, missed school days, hospitalizations, and doctor visits.

Other Ways to Fight the Flu

One of the best ways to prevent the spread of the flu, of course, is to wash hands carefully. Be sure to avoid close contact with people who are ill or display some of the symptoms of the flu. Should you come down with the flu, be sure to avoid contact with other people. Don’t go to work, don’t go to school, and don’t go out in public. “Stay home,” Schaffner directs. “Nobody wants to be a dreaded spreader.”

“If you get sick, call your provider, because your provider might prescribe an antiviral,” he says. “If we get in early enough, we can make your infection less severe; perhaps shorten it by a day, and make it less likely that you get the complications.” Finally, those who get sick need to drink fluids as much as is tolerable. Should you start to feel worse, you develop an alarmingly high fever, your congestion worsens, or you start coughing worse or have shortness of breath, be sure to seek medical attention.