How Has Nursing Changed Since Your First Day On The Job? 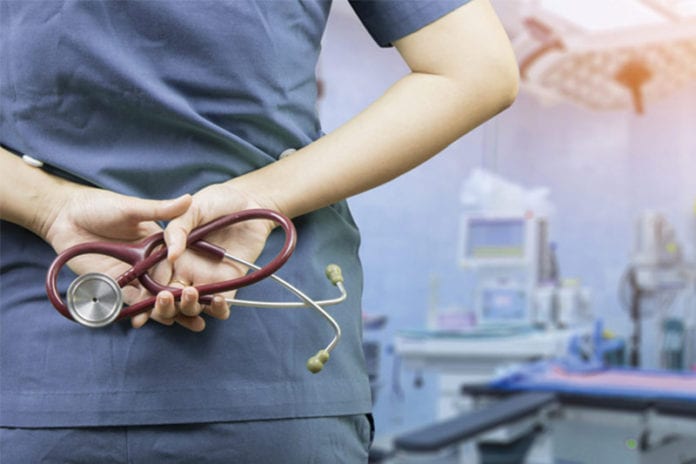 We can all agree that a lot has changed in the past 30 years. We’ve seen the fall of the Berlin Wall, the invention of the iPhone, and the rise and fall (and another rise) of the fanny pack. Of course, it’s not only government and fashion that have changed. Nursing has changed significantly as well.

We heard from nurses on our Facebook page who have been in nursing for 30-plus years, and they told us all about the ways nursing has evolved since they first donned the white cap.

“I started in 1981. Patients smoked in their rooms, nurses smoked at the desk… We charted in three colors of ink. Day shift black or blue, green for evenings and red for night shift. I could go on and on!” —Joni S.

“…1981 LPN passed medications to patients on a 36-bed unit; only two private rooms [and the] rest were semi-privates, and at the end of the hallway were two four-bed wards. We had one RN, one LPN and four NAs for 36 beds and did a better job than we do today with so many rules and regulations and excessive charting to ward off lawsuits.” —Angel E.

“I started nursing in ’64. What a difference. Everyone cared a whole lot more and no RN treated anyone as beneath her. Charting colors, caps, nursing uniforms. We could all write a book.” —Maryanne H.

“I started in 1973; white starched dresses, white caps, short hair or up in a bun, polished white shoes, nursing pin, metal name tag, white stocking or socks, paper charts, tri-colored pens, smoking in patient rooms and at the nurses’ desk, coffee pot on 24/7, making rounds with doctors and taking orders so you had to be on your toes. Reading the doctor’s orders and notes was a skill all in itself. Oh, how I miss the good days!” —Jane P.

“I started my career in 1984 and remember white pants with colored tops for us pediatric nurses. White nursing shoes. Central lines were just coming out on the floor for kids and I remember being scared of them because that ‘was a PICU thing.’ Now they go home with portacaths, antibiotics, etc.” —Cathy D.

“I started in 1968. We wore white uniform dresses. Pants not allowed. We wore caps; hair had to be short or up. We wore our school pin. Jewelry was not allowed, only stud earrings and wedding band. Shoes had to be white and polished. Computers didn’t exist. IVs were in glass bottles. The chest tube setup was big, bulky and a nightmare. Nurses were not allowed to start IVs or cath a male patient. Beds were not electric.” —Therese W.

How has nursing changed since your first day on the job? Share your stories in the comments below.

More than a third of adults nationwide regularly use the Internet to help diagnose their ailments. They often start with online search engines, which...
Read more
Other

Safe space, no judgment.   What do you think is the hardest part of being a nurse? Is it the politics? Bullying? Understaffing? Not being able...
Read more
Career

You want to get ahead in your career, but you probably have a litany of excuses why going back to school just doesn’t fit...
Read more