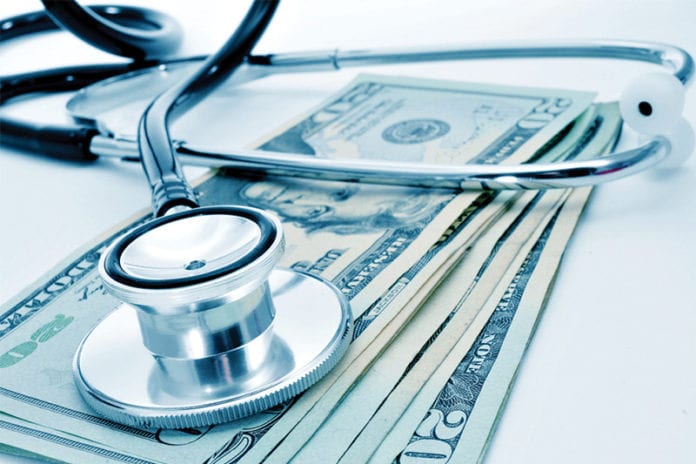 Using Centers for Medicare and Medicaid Services data, researchers identified 375,255 non-research, opioid-related payments to 68,177 physicians between August 2013 and December 2015 totaling over $46 million. Payments are defined as "transfers of value"--which could be direct money to physicians, a reimbursement for travel, speaking or consulting fees, education or meals. The average payment to physicians was $15, with most receiving one payment per year. However, the top one percent of doctors collectively received more than $38 million (82 percent of the total) and averaged more than $2,600 in yearly payments during the study period.

The Physician Payment Sunshine Act, passed under the Affordable Care Act in 2010, requires drug companies to report all payments to physicians in the United States. Previous research suggests that payments from drug companies may lead to increased prescribing by doctors for marketed medications, even when payments are of low monetary value such as for meals.

"Even though most payments were small, they add up to a shocking number and may have a wide-reaching influence on physician behaviors. We need to take a hard look at how the pharmaceutical industry may be influencing care and prescribing at the ground level," said Scott Hadland, MD, MPH, pediatrician and adolescent addiction specialist who led the study.

Speaking fees accounted for the largest amount of payments and food/beverage payments were the most frequent. Anesthesiologists received the most in total annual payments, but the largest number of payments went to family medicine physicians.

"There's no denying that we have a widespread and systematic problem," said Michael Botticelli, executive director of the Grayken Center for Addiction Medicine and former director of the White House Office of National Drug Control Policy under President Obama. "Pharmaceutical companies should take responsibility for how these payments are contributing to the growing epidemic. Physicians also have a role to play by prescribing judiciously and advancing safe opioid prescribing education on the front lines."

Study authors note that payments related to marketing opioids may run counter to national efforts to reduce excess opioid prescribing. They suggest policymakers consider whether caps should be imposed on certain payments as one possible solution and encourage future research to examine whether payments are related to opioid misuse and overdose.

"The opioid epidemic, which is responsible for thousands of deaths every year, is a national tragedy that we must work at every level to combat. It's our hope that this study sparks a bigger conversation about the role of pharmaceutical companies in the over-prescribing of opioid medications, and prompts a more thorough investigation about what we need to do to tackle this problem," said Brandon Marshall, PhD, associate professor of epidemiology at the Brown University School of Public Health, who served as the study's senior author.

Its not just opioids. WHat about all the cholesterol lowering agents that suddenly everyone over 50 seems to need? As a long time nurse its very disconerting to even consider that that the shots in medicine are now possibly being called by businessmen looking to make a profit for their shareholders and not by doctors and scientists based on sound medical/scientific research of what is best for the patient….