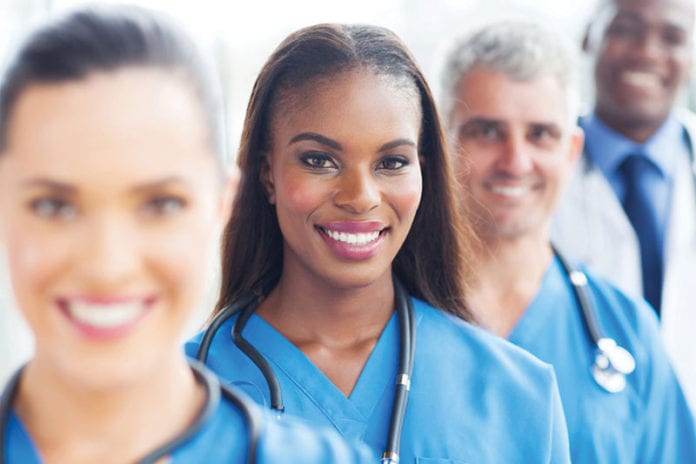 “How come you didn’t decide to ‘go all the way’ and become a doctor?”

It’s a silly question that even the most well-intentioned patients will ask. Why? Because, quite frankly, they just don’t get it. Only now, that same question isn’t just silly—it’s entirely outdated, too.

As the healthcare industry’s approach to improving patient satisfaction grows increasingly more team-based, the tides of demand are shifting. And nurses, it would seem, are riding the wave.

Allow us to explain .

According to a recent article by Forbes, the demand for nurse practitioners and physician assistants is positively skyrocketing. So much so, in fact, that most physicians are falling short in comparison on the scale. Here’s what folks who are tuned into the movement have to say about the trend, which was highlighted in a report by Merritt Hawkins, a national recruiting firm:

The snapshot into the U.S. healthcare workforce from Merritt Hawkins, a subsidiary of AMN Healthcare (AHS), comes as trends in insurance payment from private health plans, employers and the government under the Affordable Care Act emphasize keeping people well. The value-based care push away from fee-for-service medicine also emphasizes the outpatient care provided by nurse practitioners (NPs) and physician assistants (PAs) working with primary care doctors.

So, yes—primary care physicians are still sitting pretty at #1 in the recruiting race. But, as a senior VP at Merritt Hawkins points out, nurse practitioners and physician assistants are hot on their heels as a kind of “1A.”

Apparently, the word is out that more NPs and PAs equals happy patients. And at the root of it all? Heightened levels of accessibility and patient satisfaction.

The article goes on to break down Merritt Hawkins’ list of the top 20 in-demand health professionals in 2015:

For the ninth consecutive year, the family doctor was the most highly recruited doctor. Internists were second on the Merritt list, followed by psychiatrists amid a nationwide shortage of behavioral health specialists.

“Combined, physician assistants and nurse practitioners were fourth on the list,” Merritt Hawkins said in its report. “Four years ago, neither NPs or PAs were among (the firm’s) top 20 assignments either collectively or individually.”

On their own, nurse practitioners ranked fifth behind hospitalists, who were fourth, and physician assistants were in 10th place, tied on the “in demand” scale with general surgeons. Advanced practitioners are more in demand than several specialties including general surgery, cardiology, urology and neurology.

Again, more in demand than several specialties. Quite the news, right?

Oh, and just in case anybody should ask, Merritt Hawkins’ findings come from a review of roughly 31,000 recruiting assignments conducted in the past year. So really, the report is nothing to scoff at.

But enough from us—we want to hear from you! Feeling surprised? Excited? Maybe even the slightest bit skeptical?

Tell us all about your response to the article in the comments section below!