Are You Serious? — Nurse Denied Marathon World Record Because She Wasn’t Wearing A Skirt 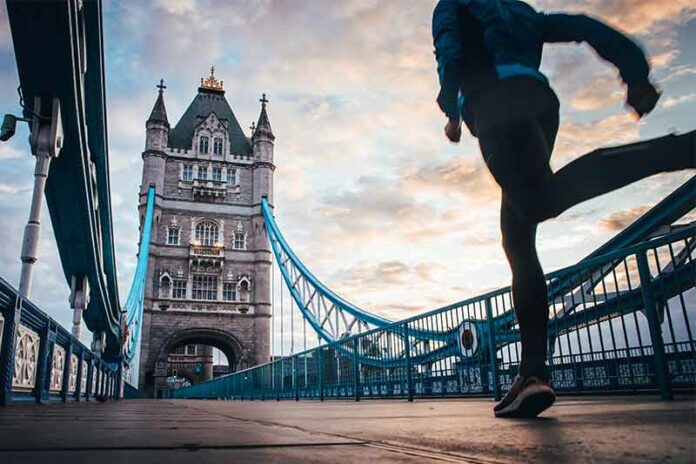 You literally can't make this stuff up! A woman who wanted to break the Guinness World Record for running a marathon dressed as a nurse has been told her successful attempt does not count -- because she was wearing scrubs and pants, rather than a skirt.

Seriously. It's worth repeating. Because. She. Wasn't. Wearing. A. Skirt...

Jessica Anderson, a nurse at the Royal London Hospital, ran the city's marathon in the outfit she wears at work. But she was told beforehand by Guinness World Records that she would need to wear a blue and white dress, apron and a traditional nurse's cap for her effort to be valid, Britain's Press Association reported.
Full-body scrubs are too close to the organization's definition of a doctor's costume, officials added. "Their definition is just so outdated," Anderson told the magazine Runner's World. "Some of the nurses I work with do wear dresses but mostly we wear scrubs or a tunic and trousers. I've certainly never seen a male nurse wearing a dress to work."
"I'm sure Guinness World Records don't intend to cause offense but it would be nice if they decided to revise their criteria instead of reinforcing old gender stereotypes," she added.
Anderson had asked the organization to reconsider, but her request was denied. They have since said they would review their rules.
Perhaps the British organizers watched one too many episodes of "Call The Midwife" and didn't realize that nurses no longer wear caps, aprons, skirts and white tights.

Who to Treat With Statins

. Atherosclerosis Arises When . Fat, cholesterol, and other substances accumulate along artery walls and form a sticky buildup known as plaque. Left untreated, atherosclerosis can...
Read more
Other

According to Senator Walsh of Washington, nurses have SOOOOOO much free time during their work day that they end up playing card games for...
Read more