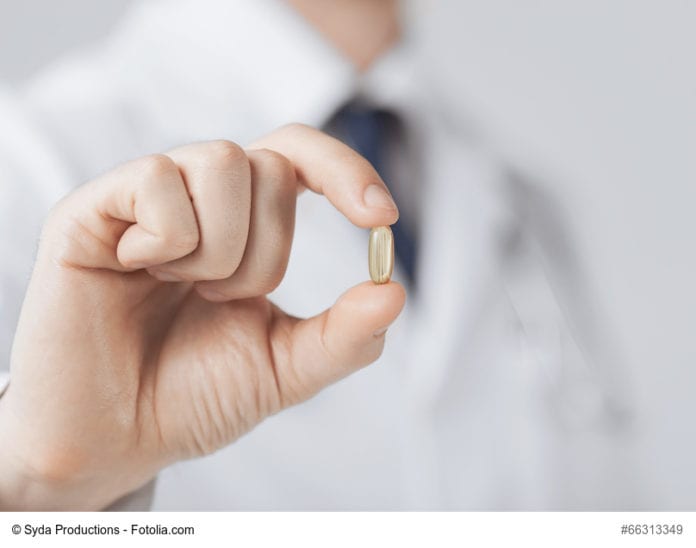 Using technology invented at MIT, this type of sensor could make it easier to assess trauma patients, monitor soldiers in battle, perform long-term evaluation of patients with chronic illnesses, or improve training for professional and amateur athletes.

The new sensor calculates heart and breathing rates from the distinctive sound waves produced by the beating of the heart and the inhalation and exhalation of the lungs.

"Through characterization of the acoustic wave, recorded from different parts of the GI tract, we found that we could measure both heart rate and respiratory rate with good accuracy," says Giovanni Traverso, a research affiliate at MIT's Koch Institute for Integrative Cancer Research, a gastroenterologist at Massachusetts General Hospital, and one of the lead authors of a paper describing the device in the Nov. 18 issue of the journal PLOS One.

Inspired by existing ingestible devices that can measure body temperature, and others that take internal digestive-tract images, the researchers set out to design a sensor that would measure heart and respiratory rate, as well as temperature, from inside the digestive tract.

The simplest way to achieve this, they decided, would be to listen to the body using a small microphone. Listening to the sounds of the chest is one of the oldest medical diagnostic techniques, practiced by Hippocrates in ancient Greece. Since the 1800s, doctors have used stethoscopes to listen to these sounds.

The researchers essentially created "an extremely tiny stethoscope that you can swallow," Swiston says. "Using the same sensor, we can collect both your heart sounds and your lung sounds. That's one of the advantages of our approach -- we can use one sensor to get two pieces of information."

To translate these acoustic data into heart and breathing rates, the researchers had to devise signal processing systems that distinguish the sounds produced by the heart and lungs from each other, as well as from background noise produced by the digestive tract and other parts of the body.

The entire sensor is about the size of a multivitamin pill and consists of a tiny microphone packaged in a silicone capsule, along with electronics that process the sound and wirelessly send radio signals to an external receiver, with a range of about 3 meters.

In tests along the GI tract of pigs, the researchers found that the device could accurately pick up heart rate and respiratory rate, even when conditions such as the amount of food being digested were varied.

The researchers expect that the device would remain in the digestive tract for only a day or two, so for longer-term monitoring, patients would swallow new capsules as needed.

For the military, this kind of ingestible device could be useful for monitoring soldiers for fatigue, dehydration, tachycardia, or shock, the researchers say. When combined with a temperature sensor, it could also detect hypothermia, hyperthermia, or fever from infections.

In the future, the researchers plan to design sensors that could diagnose heart conditions such as abnormal heart rhythms (arrhythmias), or breathing problems including emphysema or asthma. Currently doctors require patients to wear a harness (Holter) monitor for up to a week to detect such problems, but these often fail to produce a diagnosis because patients are uncomfortable wearing them 24 hours a day.

"If you could ingest a device that would listen for those pathological sounds, rather than wearing an electrical monitor, that would improve patient compliance," Swiston says.

The researchers also hope to create sensors that would not only diagnose a problem but also deliver a drug to treat it.

"We hope that one day we're able to detect certain molecules or a pathogen and then deliver an antibiotic, for example," Traverso says. "This development provides the foundation for that kind of system down the line."

The real question is what do YOU think? Ready to monitor vital signs using an ingestible electronic device?  Share your thoughts in the comments section below.

Scenario : Trama victim rolls into your ER. Nurse: swallow our monitor pill, please. Victim: Unresponsive. Now, don’t laugh at my silliness too hard. The above article did mention this pill would be used on trauma pts. Of course, there is the option of the “back 40” for insertion, while the trauma doc is checking back there… Then there is the motility factor: Does the pt have to swallow a monitor pill every morning, or do they swim upstream? This is similiar logic used to promote going “paperless” which we all know in most instances, actually doubled the paperwork. I’m… Read more »