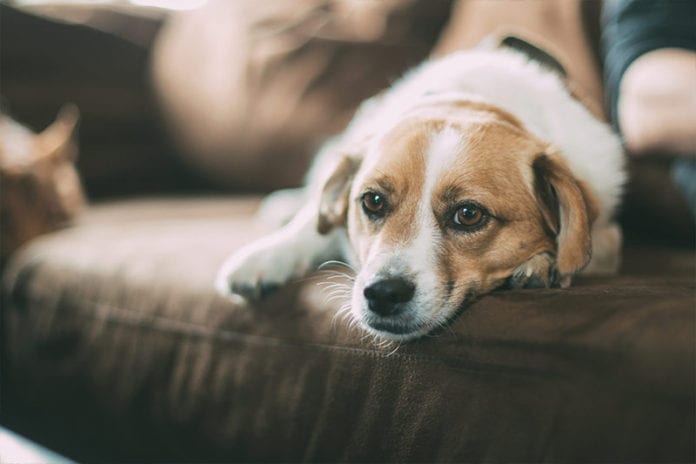 You’ve toyed with the idea of getting a dog—at least twice this month, even. But reality always seems to take a backhand to your semi-optimistic face, and in no time at all, you find yourself thinking, “It’ll never work.”

Except that it might. Especially if you have somebody in your life who can tag-team the whole pet-parenting thing with you. And just in case you’re inclined to agree, here are a few reasons why welcoming a furry-faced friend into your life can be a wonderful thing.

1. You can sort of let your guard down when caring for a dog.

Your job can be absolutely terrifying. Patients come to you in a time of need, often with concerned hawk-like family members in tow, and you assume direct responsibility for their well-being, well aware that one moment of carelessness could prove fatal.

It’s enough to make any nurse lose even more sleep.

It’s also the reason why caring for a dog during your off hours can feel so therapeutic. All you really have to do is feed your pup regularly and he’s going to be pretty much all right. Even if something weird and possibly expired finds its way into his food bowl, you’re still unlikely to come across anything edible (or otherwise) that has a negative effect on his system. Unlike the highly diabetic patient who nearly gave you four heart attacks this week alone.

It’s like you can do no wrong, and it’s a wonderful feeling.

Unless, of course, you do this:

2. A dog makes for a great exercise partner.

Finding time to exercise is hard enough. It doesn’t help when, in an attempt to get on a more regular sweat schedule, you agree to sign up for 5am spin classes with your non-nurse, CrossFitting, kale-drinking friend. Not only does she cycle at a rate that is inhuman, but she does it with a smile. Then, after judging the two people who cried, your friend suggests a new two-week juice cleanse, as if it were reasonable to ask a nurse to go without processed foods and caffeine for any given amount of time.

Dogs are not that way. Whether you’re walking, running or borderline crawling, they’re all smiles and encouragement as long as you’ve physically left the house and of course they’re on dog leashes. You could even be crossing the street to pick up a bottle of wine and cookie dough, and your dog’s wagging tail will practically scream, “Friend—you’ve outdone yourself.”

And when you want to try new things, like yoga:

Or even tightrope walking:

Your dog is happy to show you how it’s done.

It’s probably also important to mention that unlike your spin-Nazi friend, who thinks you’ve been sick with a 42-week bug or moved out of state, you can’t ignore your workout-partner dog. He’ll pee on your carpet after tearing up your sofa–so the consequences are very real.

FYI—we’re not really talking about guarding your belongings, although we hear dogs are pretty good at that, too.

We’re mostly thinking about the ways in which a dog can protect you from the waking world while you catch up on your sleep. Think about it: There are few things more valuable to a nurse who works the night shift than a “Beware of Dog” sign. Just prop one of those bad boys up against your gate and the number of daytime visitors ringing your doorbell will drop significantly.

Just one foot in the gate earns a “Come at me, bro” act you can both laugh about later:

You’ll sleep almost as peacefully as that one time you casually started a rumor that there was an Ebola-infected patient receiving care on your floor.

4. If you’re single, fewer people will try to pressure you into accepting blind dates.

Your job keeps you awfully busy, but you’re happy and it could just be that dating is the last thing on your highly caffeinated mind. You’re cool with that, but a lot of people (your mom, your sister, at least 17 of your friends) aren’t. Instead, they’re convinced you’re just putting up a strong front.

Until, that is, you’re the proud parent of a super cool dog:

At which point you transition from “single and lonely” to single in a hip and acceptable way, as though it were a lifestyle, not a sign of defeat.

We don’t have an explanation for this, we kind of just know it to be true.*

*Note: This does not apply to cats. In fact, adopting a cat may have the opposite effect.

5. If nothing else, THEN THIS:

That’s right. And should you be one of the few people in this world lucky enough to have a little dog with an old man’s face, you can find this source of part nurse, part dog-owner bliss here.

Just don’t tell PETA we told you so. We’ll deny everything.

Are you a dog owner? Share your thoughts in the comments section below.

No. Just. No. A pet (any pet) is a huge commitment, especially a dog. You’re agreeing to make someone’s life your responsibility. Every time someone writes an article featuring only the cuteness of dogs and what THEY can do for YOU, I get annoyed. I have no regrets, but my life has changed enormously since getting my german Shepherd. Were it not for my husband and my brother in law being able to look out for her, I’d never have the time to devote to the walking, playing, and attention that she needs to be a well-adjusted member of the… Read more »

I loved the article…..I adopted my weiner dog when I had 10 hour shifts…so many people said don’t do it..I did anyway, found a good babysitter, and she is the love of my life..I am not single and lonely. I am single with a constant companion…
Thanks for the article….Lenci helped me though nurse burnout.

Ubsurd comment about cats. This article is just awful.

I think it’s extremely negligent to state you don’t need to do much but feed a dog. They are sentient beings who require daily exercise, mental stimulation, and the care you’d give any other family member. Also false and negligent is the statement that they can eat pretty much any ole thing, even if it’s “expired”. Again, they require proper nutrition and can have bouts of deadly pancreatitis if fed improperly. There are many foods that are poisonous for dogs. The author of this article should be ashamed of him/herself.

No matter how tired you are, when you walk in that door, all you can think of is “Lord, let me be the kind of human my Dog thinks I am.”

I disagree about cats — cats are good companions too!